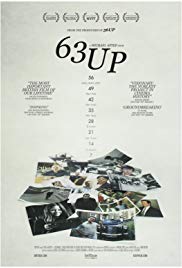 In 1964 Michael Apted made a TV documentary profiling a group of seven-year-old children in England and the “7 UP” series was born. He returned seven years later to record the same children as they grew, played and dreamed of what their lives might be. Yes, you can do the math, Apted has continued to follow this same group of people who recently turned 63, in what is probably the most amazing documentary film project—if only for the longevity and commitment of Mr Apted and his filmmaking team. Don’t worry if you have missed past installments, the series always features background histories of each person. This unique and impressive film project is Highly Recommended.