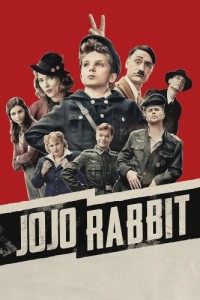 Winner of the People’s Choice Award at TIFF 2019, Jojo Rabbit takes audacious satiric jabs at Hitler and his Nazi Germany. Seen from the adoring eyes of 10-year-old Jojo (Roman Griffin Davis), who just “wants to be a good Nazi,” writer/director Taika Waititi (The Hunt for the Wilderpeople, What We Do in the Shadows) eventually shows how the earnest and well-meaning Jojo just can’t hate enough to be a good Nazi. With the help of Scarlett Johansson, Thomasin McKenzie, Sam Rockwell and Rebel Wilson. Recommended.