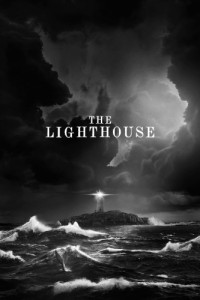 “In gripping performances thick with flavorful period dialect and jolts of ever-intensifying insanity soaked in rum, Willem Dafoe and Robert Pattinson play the seasoned keeper and his new junior mate in The Lighthouse, stuck in isolation on a craggy Maine island in the 1890s for a four-week posting that stretches on and on as the elements grow more hostile. After plunging us into the darkest corners of the minds of a family of banished 1630s Puritan Plymouth colonists in his unsettling 2015 debut The Witch, writer-director Robert Eggers confirms his instant reputation as a master of the New England Gothic with this claustrophobic second feature. As with its predecessor, the new film is stronger on heady atmosphere and slow-building dread than on the narrative clarity of its payoff, and the full-throttle, violently loopy turns of the climactic stretch will likely lose a slice of the audience. But the director has crafted another distinctive hallucinatory tale, this time melding maritime legend with ancient mythology, lumberjack lore, supernatural suggestion, enveloping elemental terror and the roiling paranoia of prolonged isolation.”—David Rooney, Hollywood Reporter. The film’s overall chilling quality is enhanced by being shot entirely in black & white.