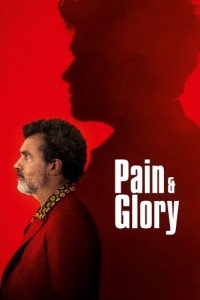 “A gorgeously crafted memoir of a jaded filmmaker past his prime, Pain and Glory could be Pedro Almodóvar’s most autobiographical work since Law of Desire. The grand irony, of course, is that there’s nothing jaded about the filmmaking on display: it’s drenched in a passion for cinema and shows Almodóvar at the peak of his powers. There’s no sense of waning creativity, only a mood of longing and nostalgia that’s unmistakeably from a deeply personal place. You could call it Almodóvar’s Cinema Paradiso. Almodóvar fills this poignant tapestry of recollections with bold colours and infuses them with emotional detail. It’s a deeply intimate experience and it’ll pierce your heart.” - Josep Lambies, Time Out. Featuring Antonio Banderas and Penelope Cruz. In Spanish with subtitles. Highly Recommended.