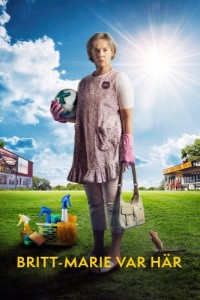 Fans of A Man Called Ove, the book and/or film adaptation, take note. This adaptation of Fredrik Backman’s novel features Pernilla August in the title role as a 63-year-old who redefines her life after discovering that her husband has been cheating on her. It’s hard not to be charmed by Ms August’s portrayal of Britt-Marie, who is energized by an unstoppable positive spirit. Failing to see—or, rather, unwilling to be stopped by life’s hurdles, Britt-Marie charges on with her life bringing many in her wake. Mr Backman has created another unforgettably determined character who brings us laughter and joy. Swedish with subtitles. Recommended.