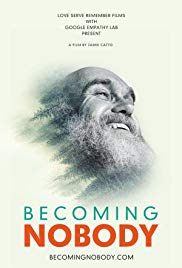 As the film’s producers describe, “Ram Dass has led a multifaceted life. Whether as Richard Alpert, the eminent Harvard psychologist, or as Ram Dass, who serves as a bridge between Eastern and Western philosophies, he has defined a generation of inner explorers and seekers of truth and wisdom. The film captures a loving man full of joy, wit, honesty and wisdom, at ease in conversation while sharing his considerable pains and pleasures. The life experiences that have freed him from the attachments of his ‘Somebodyness’ have transformed him into the radiant soul who now inspires a new generation.”