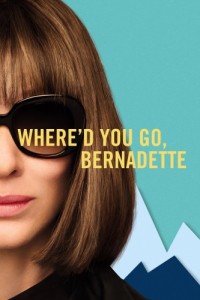 Richard Linklater directs this adaptation of Maria’s Semple’s bestselling novel. Cate Blanchett devours the title role with all the gusto required in her portrayal of a brilliant and obsessive woman so frustrated by family commitments and social mores she opts to disappear. American social satire with a bite. Costarring Kristen Wiig, Billy Crudup, Judy Greer and Laurence Fishburne.