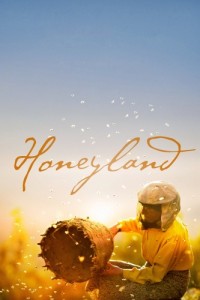 “Honeyland offers up a visual feast and a poignant lesson in human misbehaviour. Haditze scales her way along the breathtaking mountainside to check her beloved cache of honeybees. She lives alone with her ailing mother on a farm unspoiled by electricity or running water. Her peace is broken with the arrival of new neighbours, their herd of cattle and seven kids. She optimistically shares her one golden rule: take half the honey for yourself, but leave half for the bees. It doesn’t take long for human nature to take its course, leaving the hive and Hadidze irrevocably changed.” - Myrocia Watamaniuk, HotDocs 2019. After winning three major awards at Sundance, the film continues to win awards and audiences around the globe. Recommended. In Turkish with subtitles.