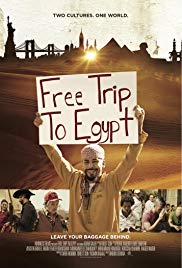 This film tells the unlikely quest of Canadian-Egyptian Tarek Mounib who, as the title implies, offers an opportunity for Islamophobic Americans to travel and test their beliefs after meeting real, average Egyptian citizens. He gathers a small but somewhat diverse group of travellers that include a former soldier ready for the thrill of possible danger and an elderly Jewish couple looking for a different perspective of the Middle East. While the group may be small, the ideas are big and the possibility for personal growth, understanding others and breaking down preconceptions brings a joyful experience to both the travellers and the audience. Here’s a chance to leave the cinema smiling. In English with some Arabic and subtitles.