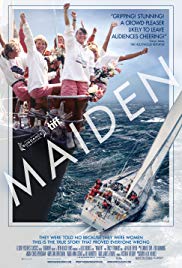 “Exhilarating, suspenseful and emotionally charged, this documentary chronicles Tracy Edward’s 1989-90 precedent-setting sea voyage around the world with an all-female crew. The Whitbread Round the World Race was considered an exclusively masculine endeavour when Edwards came along and, in the face of much condescension, proved that skill, perseverance, and courage at sea know no gender”. - Thom Powers, TIFF 2018. Recommended for all sailors and seafarers. Landlubbers are welcome to come aboard as well.