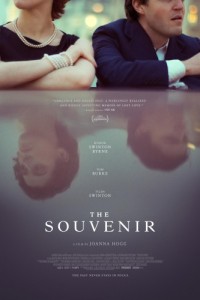 Since its award-winning debut at Sundance, The Souvenir has garnered huge critical praise (92% positive on Metacritic!) along with the exec producer backing of Martin Scorcese, the star power of Tilda Swinton and even a follow up film, The Souvenir II, which is in production now. Julie (Tilda’s daughter Honor Swinton Byrne) is an aspiring young filmmaker from a privileged background who meets and falls for the rakish and older man, Anthony (Tom Burke). This semi-autobiographical tale from Joanna Hogg has Julie falling under the sway of Anthony whose various addictions lead to constant borrowing. This rings alarm bells for Julie’s mother Rosalind (Tilda Swinton), and us, the audience, but Julie’s learning curve means she’ll be the last to notice. “Achingly well-observed in its study of a young artist inspired, derailed and finally strengthened by a toxic relationship, it is at once the coming-of-age story of many women and a specific creative manifesto for one of modern British cinema’s most singular writer-directors.” 100%+ - Guy Lodge, Variety. Recommended.