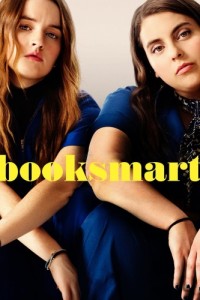 “Booksmart should be the biggest movie in the world. I defy you to offer up a film that’s as funny, charming, ebullient, confident, and crass as Olivia Wilde’s directorial debut. Amy (Kaitlyn Dever) and Molly (Beanie Feldstein) are inseparable, perspicacious besties who’ve spent high school doing everything ‘right,’ only to clue in on the last day of classes that they’ve had it all wrong. It’s well-trodden teen movie territory, but it’s never felt so fresh. Forget comparisons to male-driven pubertal buddy comedies (if you must compare, swap in Ladybird); Booksmart, which features as rich and nuanced a female friendship as you’re likely to see in a ‘mainstream’ comedy, is a class above the rest. The fact that the rest of the world hasn’t caught on is, frankly, the rest of the world’s problem.” - Andrew Hood. Highly Recommended.