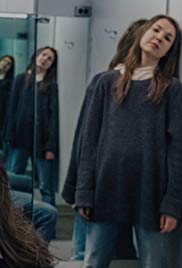 The latest work from veteran Canadian filmmaker Patricia Rozema is an adaptation of the play by Amy Nostbakken and Norah Sadava, who performed the play in Toronto and again in LA after Jodie Foster brought the production to the US. Cassandra is shocked by the news of her mother's sudden death, but still intends to deliver the eulogy, despite protestations from some in the family. Yet MOUTHPIECE isn't fixed on plot. It's an engaging look at what it is to be a mother, a daughter and the expectations placed upon women. Lest that sound too heavy, a wry, smart and disarming humour runs throughout MOUTHPIECE which also features brilliant performances from the creators and Ms Rozema's film honours their original work. Highly Recommended.