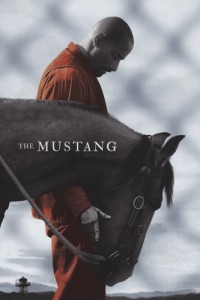 Matthias Schoenaerts delivers another powerfully intense performance as Roman Coleman, who is doing time for his past violent crimes in a Nevada prison. Self-described as "not very good with people," Roman eventually lands an opportunity to work on the prison's campaign with the wild horses of the region. Wild man meets wild horse, but it's not about who breaks whom, it's about the power to confront, change and heal. "Quiet, understated and unforgettable, The Mustang is a winner by five lengths."—Kim Hughes, Original Cin