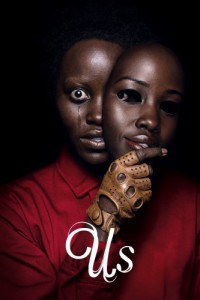 Following the massive success of his first feature (Get Out), Jordan Peele dives fully into the horror genre with this film. "Us – his doppelganger-horror movie in which an upper-middle-class African-American family on vacation encounters malicious doubles of themselves - is ambitious, ambiguous and chilling in ways most of us probably never even imagined. It operates on the notion that the unknown is scarier than the known, so explanations are few (and not exactly airtight when we get them). Us is a well shot, artfully chilling movie, one awash in mood but which doesn’t fail to deliver the story."—Jim Slotek, Original Cin