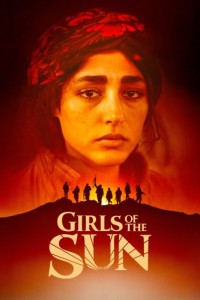 Girls of the Sun

“Girls of the Sun follows an impassioned war correspondent, Mathilde (Emmanuelle Bercot), into the Daesh battleground of northwestern Iraqi Kurdistan, where she is embedded with a unit of female Peshmerga fighters. Led by Bahar (Golshifteh Farahani), the unit is made up of women formerly held captive — many as sex slaves — by Daesh following the massacre of their husbands and the kidnapping of their children. Seamlessly weaving the harrowing pasts that brought them together and their perilous present, Husson highlights the shared suffering that strengthens their bond and their will to fight to get their village, and their families, back.” - Kerri Craddock, TIFF 2018. The tough but inspiring story of these women warriors is Highly Recommended. In Arabic, Kurdish, English and French with subtitles.