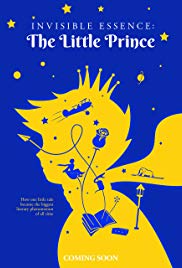 Invisible Essence is Charles Officer’s cinematic homage to Antoine de Saint-Exupery’s novella, The Little Prince. It is the timeless tale of finding hope where others might see despair. As one extracted quote in the film states, “It is only with the heart that one can see rightly; what is essential is invisible to the eye”. Among those extolling the virtues of this tiny but hugely influential book are Adam Gopnik, Rupi Kaur and Mark Osborne. May this film lead to many discoveries or rediscoveries of a classic. Recommended. In English with some French and subtitles.