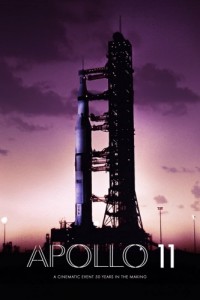 One of the best reviewed films of 2019 so far, Apollo 11 marks the 50th anniversary of NASA's successful moon landing mission. Culled from 65mm film footage, TV reports and hours of audio records, the entire event has been restored, reassembled and retold thanks to current digital film technologies into a bone-rattling, heart-pulsating and spine-tingling celebration of exploration and bravery. Highly Recommended.