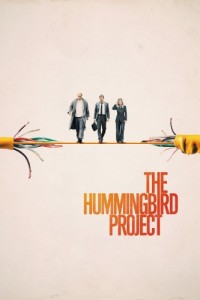 Filmmakers are drawn to adapting the books of Michael Lewis (The Big Short, Moneyball) for obvious reasons. He seems to capture all the human foibles behind seemingly small actions that have very big consequences. The Hummingbird Project is influenced by Flash Boys, Mr Lewis’ expose of venture capitalists and stock traders gambling on millisecond advantages to reap financial rewards. It might sound confusing, but it’s not. It’s as straight forward and as crazy as a perfectly straight line of fibre optic cable from Kansas to New York. Starring Alexander Skarsgård, Salma Hayek and Jesse Eisenberg. Recommended.