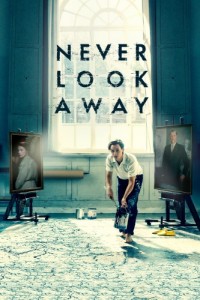 “This is one of the most mesmerizing, compulsively watchable films in theaters right now.." this meditation on art, memory and meaning is yet another deep-dive into the postwar psyche of the filmmaker’s native Germany. Here, Donnersmarck considers the life and early career of painter Gerhard Richter, whose autobiography and subject matter have intersected with the most seismic dislocations of 20th-century Germany to a confounding and occasionally breathtakingly coincidental degree. Never Look Away begins as the evolution of a style. But in its sweep and finely tuned focus, it chronicles the emergence of a self — fully realized and finally capable of wresting meaning from a random, cruel and stubbornly unresolved history.” - Anne Hornaday, Washington Post. In German and some Russian with subtitles.