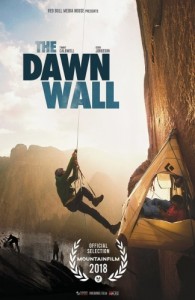 Before the Oscar-winning documentary Free Solo introduced the world to free climbing, there was The Dawn Wall, which featured veteran rock climbers Tommy Caldwell (also seen in Free Solo) and Kevin Jorgeson in their epic attempt to scale Yosemite rock face. Along with breathless high-altitude camera work, The Dawn Wall explores the climbers earlier adventures including Tommy’s time as a hostage of rebels in Kyrgyzstan. Is it dedication, bravery, obsession or just plain crazy? Either way, The Dawn Wall needs to be experienced in the cinema.