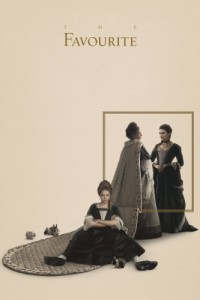 Oh thank God we have the British monarchy to inspire talented filmmakers. With a scandalously witty script by Deborah Davis and Tony McNamara, director Yorgos Lanthimos (The Lobster) exposes the 18th Century court of Queen Anne. Award-winner Olivia Colman reigns as the loopy monarch bouncing between the competing interests of her assistant, Sarah, the Duchess of Marlborough (Rachel Weisz), and Sarah's less positioned cousin, Abigail (Emma Stone). Royal loyalists please note, this black comedy fetches much humour from the misdeeds of Britain's privileged royals. But that's why they get elected, right? The Favourite delivers on all expected aspects of set, costume and production design for such a film and the acting performances are the best. Most Highly Recommended.