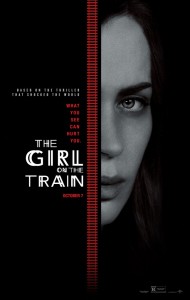 The Girl on the Train

The Girl on the Train

Paula Hawkins’ bestselling thriller comes to the screen. A recently divorced woman is disturbed by what she sees from her commuter train. But things quickly unravel when she leaves the train to investigate. Emily Blunt, Haley Bennett, Rebecca Ferguson and Allison Janney star in this audience-pleasing adaptation.