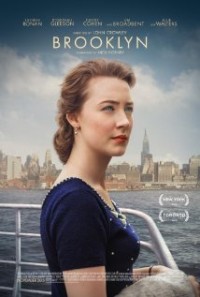 Like Philomena, the Bookshelf’s box office behemoth of 2014, this film begins in Ireland, travels to America, and returns home again. With radiance and restraint Saoirse Ronan portrays Eilis Lacey, a young woman who leaves the hard times of her small village in Ireland for the promise of a new life in America. She settles in Brooklyn with the help of Father Flood (Jim Broadbent) and her rooming house landlady/den mother, Mrs Kehoe (Julie Walters).Fraught with homesickness, Eilis struggles with life in her new country until she finds her place at work and attracts the attention of Tony (Emory Cohen), a handsome and marriage-worthy young suitor from an Italian family in the neighbourhood. When a dire need draws Eilis back to Ireland she is torn between the familiar world of her past and her new home in America. The film recreates 1950s Brooklyn with a romantic sheen that feels like the films of that era. It captures the history and social mores of the time but with the visual assurance of a contemporary film. Nick Hornby has captured the old-fashioned romantic narrative of Colm Toibin’s critically acclaimed novel, and the remarkable cast, led by the luminous Ms Ronan, bring the tale to life. Most Highly Recommended.