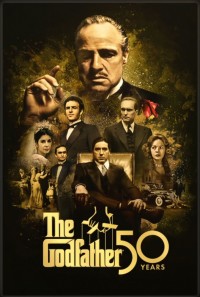 This year marks the 50th anniversary of one of, if not, the best film to ever come out of Hollywood. Made at a time before people watched new movies at home, and Mssrs Spielberg and Lucas opened the floodgates of blockbuster mania that now dominate the corporate movie biz. For anyone who has not seen the film or has not seen it in a theatre, you owe yourself the favour of enjoying all the lush, lurid and romantic splendour of Mr Coppola's masterpiece in the cinema. This is essential cinema, classic post-schmaltz Hollywood and Most Highly Recommended.