CLOSED for a private event 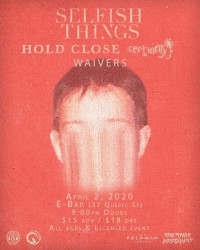 ***THIS EVENT HAS BEEN POSTPONED***
GAIN Music is proud to present Selfish Things, Hold Close & Certainty at The eBar in Guelph, Ontario on Thursday, April 2, 2020! 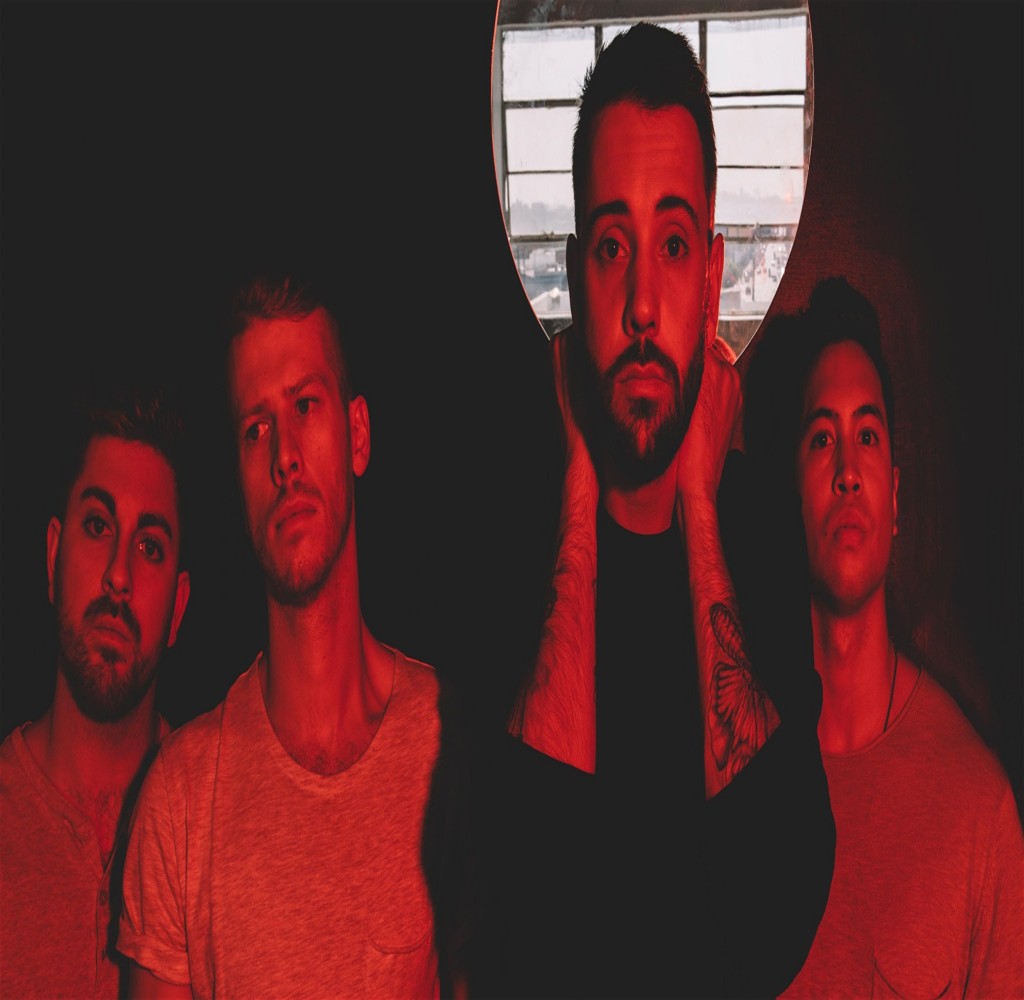 While taking their name from Jimmy Eat World’s “23”, with unmatched determination Selfish Things prove they are neither selfish nor self-serving.

Having spent years cultivating and nurturing his raw, natural talent, dedication to musicianship and songwriting, frontman Alex Biro founded Selfish Things. All of this, in the hope of shedding light on one simple, yet oftentimes overlooked, concept — honesty.

“It’s just honest,” he explains. “I think it’s the first time in my life that I’ve legitimately told the truth. I think it’s really okay to engage with darkness, to acknowledge it, despite the fact that people run from it. At a show, the collective feeling you get when everyone is engaged in what’s happening is irrefutably the equalization of our human suffering. I really feel like our words connect to people in every way imaginable. That’s the point of what we do. I got so caught up in trying to be something I wasn’t in my past endeavours that I forgot what was important, and that was nobody’s fault but my own. What we’ve created as this project, I think it’s the first time in my life that I’ve really just been honest with myself, my own suffering and the story I want to tell.”

Having spent September through October 2016 in Florida recording is the culmination of Biro’s own personal storm.

Vertical Love (released spring of 2018), produced by James Paul Wisner (Dashboard Confessional, Paramore, Underoath), resounds with the passion and wisdom of any seasoned band, yet also holds the unyielding determination of youth and discovery. The band delivers six tracks of pure veracity, while showcasing the personal journey of learning to love yourself despite the mistakes and moments in time when you feel far away from the person you are truly meant to be.

“I strive to find happiness in the truth of the world, regardless of its undying ugliness,” Biro says, reflecting on his past struggles of being within an arm’s length of dreams only to have them taken away by a mixture of luck, fate and human nature. “To truly love yourself and your life, you must learn to love the memories that define you.”

In 2017, Selfish Things introduced the world to “Hangman”, a stark call-to-arms single tackling our inherent ability and dire need to shape our own future. A true statement of intent for what’s to come from the band.

Biro says of Hangman: “While we were working on the EP in Florida I was coming to terms with a lot of different forces that were present in my life. I’d always struggled to deal with the anger I’d felt toward the world/humanity, I guess, and could never really figure out where all of the resentment came from. Hangman was the result of me sorting my motivations out. Accepting that the world that you don’t like is only being perpetuated (and in large part) created by the bed you’ve made for yourself. If you aren’t happy with the way things are in the present, it’s probably because you don’t like the person you’ve become in the first place.”