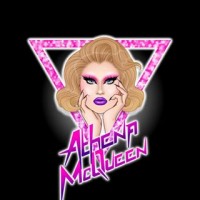 Athena McQueen’s DRAG BAG - An open stage drag show the last Friday of every month at The eBar.

Join Athena McQueen and her special guest performers, Vanity à la Mode & Miss Drew, for a riotous drag show where anyone in the community can sign up and participate in the art of DRAG. Including performances from and hosted by Athena.

Performance spots are available! You can email athenamcqueen@gmail.com to sign up for the show. THIS IS YOUR MOMENT!

Vanity à la Mode ✨ Vanity has been bring the house down with her camp style, with a hint of retro 90’s for the last 5 years. You can see her as a monthly regular at Woody’s or as a guest at the longest running Drag Brunch at Glad Day Bookshop. She gives back by hosting Sex-Ed Bingo at Brock University and Niagara College. Vanity à la Mode is the drag persona of Kyle Miller, Development Officer at Rainbow Railroad - a charity providing emergency travel support to persecuted LGBTQI individuals around the world. Vanity is thrilled to be back in Guelph!

Miss Drew ✨ "Once a novice…Now a queen” This year, Miss Drew celebrates her 22nd Anniversary as an entertainer. She burst onstage with a bang in the mid-nineties at Kitchener's finest hot spot, Club Renaissance. Her high production values and intense choreography make for a winning formula!
She has wowed audiences throughout Canada and the United States. Miss Drew's commitment to excellence and devotion to various charities have gained her numerous awards throughout North America. "I would like to thank everyone for their continued support and motivating me to keep exercising my passion for fundraising.” -
Empress 25 -Miss Drew

Standing room only - but seating is available for folks who require it.