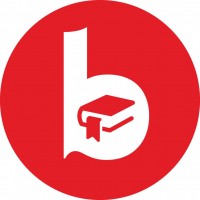 Had It Coming: What's Fair in the Age of #MeToo?

Canada has the most progressive sexual assault laws in the developed world, yet the system is failing victims at every stage. Had It Coming is not a diatribe or manifesto, but a nuanced and informed look at how attitudes around sexual behaviour have changed and still need to change. 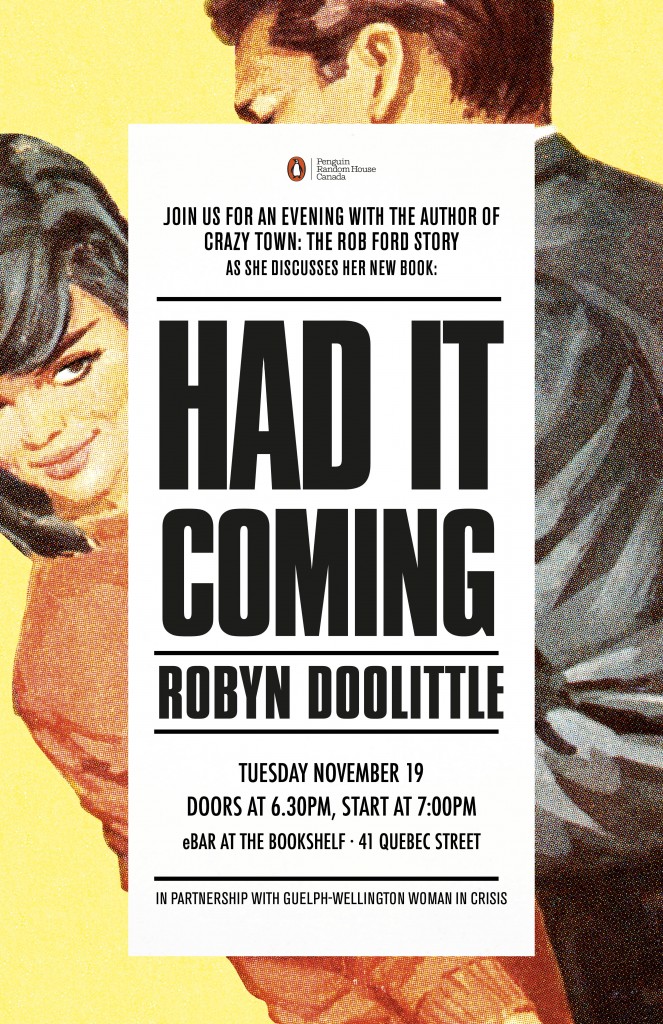 Robyn Doolittle will be in the Bookshelf's Ebar on Tuesday, November 19th at 7PM, in conversation with Jessica St. Peter of Guelph-Wellington Women in Crisis.

Tickets $8 general, $6 bookshelf members, avialable in advance in the bookstore, and on the day at the door. Books will be available for purchase at the event (cash & credit).

About the book from Penguin Random House:

An illuminating, timely look at the changing landscape of sexual politics by a popular journalist.

For nearly two years, Globe and Mail reporter Robyn Doolittle investigated how Canadian police handle sexual assault cases. Her findings were shocking: across the country, in big cities and small towns, the system was dismissing a high number of allegations as "unfounded." A police officer would simply view the claim as baseless and no investigation would follow. Of the 26,500 reported cases of sexual assault in 2015, only 1,400 resulted in convictions.

The response to Doolittle's groundbreaking Unfounded series was swift. Federal ministers immediately vowed to establish better oversight, training, and policies; Prime Minister Trudeau announced $100 million to combat gender-based violence; Statistics Canada began to collect and publish unfounded rates; and to date, about a third of the country's forces have pledged to review more than 10,000 sex-assault cases dating back to 2010.

Had It Coming picks up where the Unfounded series left off. Doolittle brings a personal voice to what has been a turning point for most women: the #MeToo movement and its aftermath. The world is now increasingly aware of the pervasiveness of rape culture in which powerful men got away with sexual assault and harassment for years: from Bill Cosby, Harvey Weinstein, Bill O'Reilly, and Matt Lauer, to Charlie Rose and Jian Ghomeshi. But Doolittle looks beyond specific cases to the big picture. The issue of "consent" figures largely: not only is the public confused about what it means, but an astounding number of police officers and judges do not understand Canadian consent law. The brain's reaction to trauma and how it affects memory is also crucial to understanding victim statements. Surprisingly, Canada has the most progressive sexual assault laws in the developed world, yet the system is failing victims at every stage.

Had It Coming is not a diatribe or manifesto, but a nuanced and informed look at how attitudes around sexual behaviour have changed and still need to change.

About the author Robyn Doolittle:

ROBYN DOOLITTLE is a Globe and Mail investigative journalist. Her reporting on Mayor Rob Ford for the Toronto Star made headlines around the world, won the Michener Award for public service journalism, and her number-one bestselling book on the topic, Crazy Town: The Rob Ford Story, earned her the Kobo Emerging Writer Prize. Her Unfounded series, which investigated how police services handle sexual assault cases, was one of the most viewed and read stories in the Globe's modern history. She was named Journalist of the Year in 2017 by the Canadian Centre for Journalism.