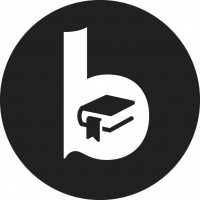 Author of The Sleeping Giant Awakens, David MacDonald in the eBar

Meet University of Guelph professor David MacDonald on Tuesday, September 17th in the Ebar. Join the discussion on his important book which looks into how residential school Survivors and other Indigenous peoples, settlers, and the Truth and Reconciliation Commission of Canada approached the question of genocide in the Indian Residential Schools system. It assesses prospects for conciliation in the aftermath of genocide. 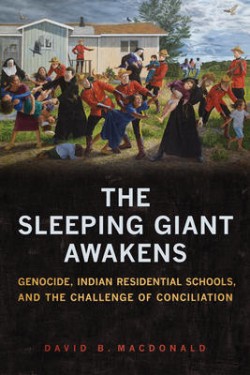 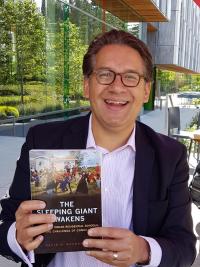 From the Publisher: University of Toronto Press, Scholarly Publishing Division

Confronting the truths of Canada's Indian residential school system has been likened to waking a sleeping giant. In The Sleeping Giant Awakens, David B. MacDonald uses genocide as an analytical tool to better understand Canada's past and present relationships between settlers and Indigenous peoples. Starting with a discussion of how genocide is defined in domestic and international law, the book applies the concept to the forced transfer of Indigenous children to residential schools and the "Sixties Scoop," in which Indigenous children were taken from their communities and placed in foster homes or adopted.

Based on archival research, extensive interviews with residential school Survivors, and officials at the Truth and Reconciliation Commission of Canada, among others, The Sleeping Giant Awakens offers a unique and timely perspective on the prospects for conciliation after genocide, exploring the difficulties in moving forward in a context where many settlers know little of the residential schools and ongoing legacies of colonization and need to have a better conception of Indigenous rights. It provides a detailed analysis of how the TRC approached genocide in its deliberations and in its Final Report.

Crucially, MacDonald engages critics who argue that the term genocide impedes understanding of the IRS system and imperils prospects for conciliation. By contrast, this book sees genocide recognition as an important basis for meaningful discussions of how to engage Indigenous-settler relations in respectful and proactive ways.