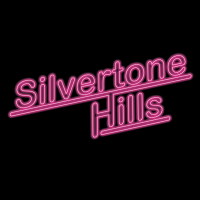 Silvertone Hills are an indie-rock group from Hamilton, Ontario. The band's sound is the brainchild of guitarist/vocalist Andrew Billone, determined to fuse memorable melodies with jangling guitars and psychedelic soundscapes. Their sound is one influenced by pop-rock greats of the late 60’s, while turning up the aggression and sonic textures alike modern rock kings (and Queens).

The band plans to release their second EP, "Running in Circles" in mid-2019. Recorded in collaboration and mastered by Mike Monson of Catherine North Studios (Rush, Arkells, City and Colour, Big Wreck), the record delivers a memorable punch and clarity. In support of the EP's singles currently being released, Silvertone Hills will embark on a summer tour throughout the GTA. Details can be found on their Facebook page.

“Their latest release Follow Suit sounds like it could have been a love-child from some of the band’s most influential artists; the lyrical potential of Oasis meets the instrumental potential of Queens of the Stone Age…Start listening to Silvertone Hills so you can be one of those ‘I heard them before they made it big’ listeners. That’s what I’m doing.” – Canadian Beats
https://silvertonehills.bandcamp.com/

Founded at the University of Guelph, this project was started by Christopher Sharland and his roommate Adam Brown who joined him on drums, and fellow student Trevor Cooke on Bass. Call it lo-fi, call it punk, call it grunge, call it whatever. We have released a debut “live off the floor’ album back in April. You can listen to that along with multiple singles and EPs on Spotify, Apple Music, Google Play, etc. Contact us if you have any open show dates.