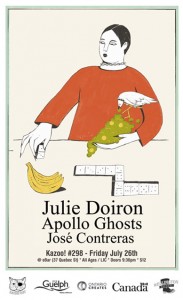 What does one even say about Julie Doiron now?
She’s made great records with Mount Eerie, Eric’s Trip, Herman Düne, Weird Lines, Shotgun & Jaybird, Wooden Stars, Gord Downie, The Wrong Guys (A couple Cancer Bats and Eamon McGrath), Daniel, Fred and Julie (Daniel Romano and Fred Squire), etc. – but her best work is still probably filed under “Julie Doiron” at your record store. Tender and open, harsh and fierce, there are few like her in any field. She’s won a whack of awards and she’s won our hearts many times over. I mean, she’s Julie Dorion.

The West Coast underground heroes are back after going on hiatus in 2013. You’ve Changed Records’ Apollo Ghosts make music inspired by tiny spaces and islands at night; about coming home, and being away; and about being in a band on weekends with your best friends. Adrian, Amanda, Robbie and Luke are taking to the road once again with their legendary live show.
Apollo Ghosts are one of the best.
Apollo Ghosts are one in a million.

José Contreras is a Canadian Indie legend. After winning hearts for almost 3 decades with his band By Divine Right (a band that has, over the years, included Feist, Brendan Cannon [Broken Social Scene], Brian Borcherdt [Dusted, Holy Fuck] and Loel Campbell [Wintersleep] among many others), Contreras released his long awaited solo record in 2014 and, fortunately, a few other top shelf releases have followed. He’s one of the nicest guys in rock. He’s one of the sweetest voice in rock. He’s one of the best in rock.

Come hang out with this sweet dude.

We acknowledge the support of The Department of Canadian Heritage, Ontario Creates, Wellington Brewery, and the City of Guelph.

Unfortunately eBar is not a physically accessible venue at this time, however it won't be long now!  If you can help, any size donation is appreciated and can be made in the bookstore, cinema or through the GoFundMe page. 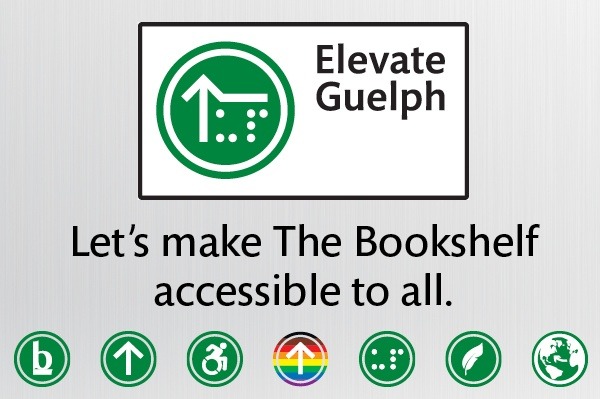 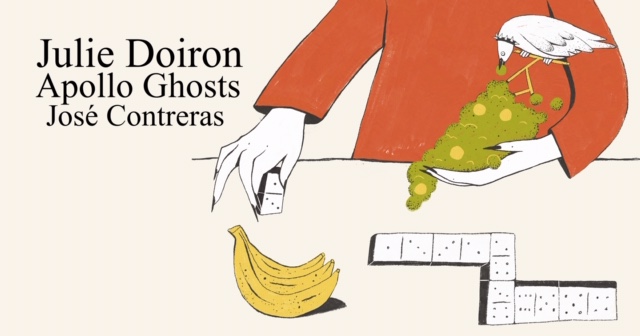