Dublin, 1918: three days in a maternity ward at the height of the Great Flu. A small world of work, risk, death and unlooked-for love. Eerily timely!

Triple Author Event in the Bookstore 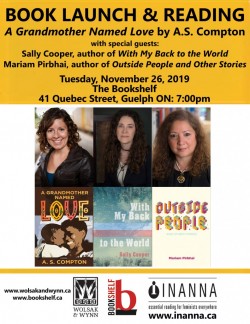 Join us for a very special book launch and reading. We'll be joined by A.S. Compton along with special guests Sally Cooper & Mariam Pirbhai.

Tuesday, November 26th at 7:00pm in the Bookshelf's bookstore

This is a free event, everyone is welcome to attend. These books will be available for purchase at the event.

About A Grandmother Named Love by Inanna Publications:

Lorato lives a comfortable but lonely life in her retirement years, alone in the home her husband had built in their rural village on the Kalahari in southern Africa. She becomes a grandmother when she adopts Lesedi after the death of a neighbour from HIV-related causes. Then six more children come into Lorato's care, four of whom are biological grandchildren, two more are adopted. Now primary caregiver for seven grandchildren, she struggles to feed them all, to teach them right from wrong, and traditional ways of life in a world shifting and modernizing. We see how AIDS as well as cultural changes disrupt traditional life when Lorato's son dies of the disease. 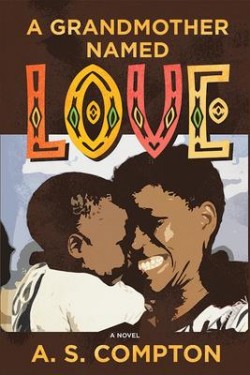 About With My Back to the World by Wolsak & Wynn Publishers Ltd:

In an ambitious, yet intimate novel set in Taos, New Mexico, and Hamilton, Ontario, Sally Cooper explores unexpected motherhood, creativity, race, love and faith. With My Back to the World tells the stories of three women: Rudie, who is editing a documentary in Hamilton in 2010; historical artist Agnes Martin, who decides in 1974 after seven years' exile in New Mexico to begin painting again; and Ellen, a black woman burying her husband in 1870 on an Ontario homestead. Each of these women is waiting for the arrival of an unexpected child and their interconnected stories explore how society's, and our own, ideas of what it means to be a woman, a mother and an artist change over time. Evocative and introspective, With My Back to the World tells the complicated stories of how different women find faith in themselves in extraordinary circumstances. 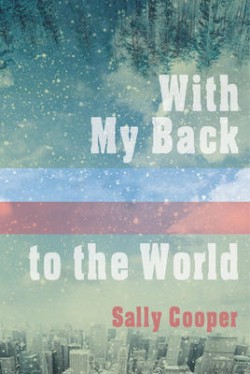 About Outside People and Other Stories by Inanna Publications:

A Haitian woman survives the ravages of an earthquake only to find her sister, an émigré in Montreal, the subject of a grisly crime. A chambermaid in a Mexican tourist resort frequented by Canadian tourists wonders why all the men in her life seem to leave her for distant lands. A Jamaican migrant worker at an Ontario chicken farm comes to the aid of his Peruvian co-worker on the eve of a fatal car accident. And a young Pakistani-Canadian woman finds herself in the midst of a protest march defending Muslim women's rights on the same day she has agreed to meet her Moroccan lover. The diverse cast of characters that energize Mariam Pirbhai's Outside People and Other Stories not only reflects a multicultural Canada but also the ease with which this striking debut collection inhabits the voices and perspectives of nation, hemisphere, and world. 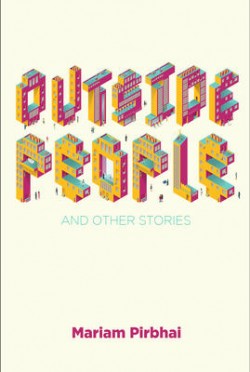 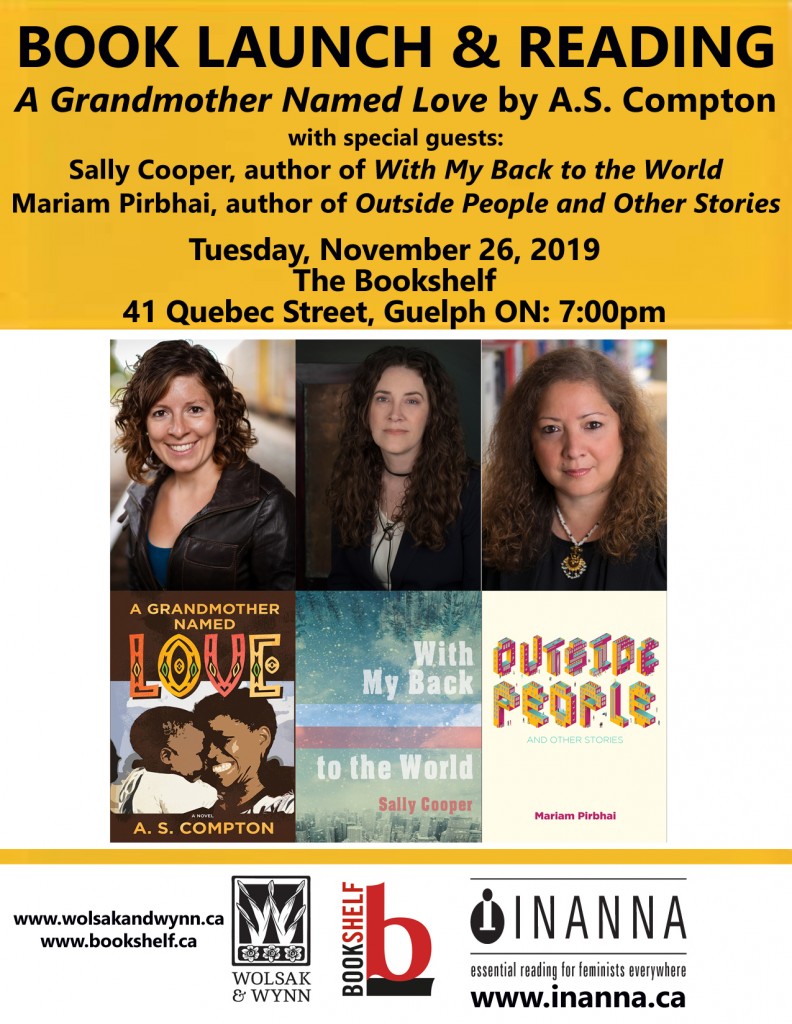 A Grandmother Named Love A.S. Compton Inanna Mariam Pirbhai Outside People Sally Cooper With My Back to the World Wolsak and Wynn book launch free event reading
Go To Reviews