O Canadiana!
Bookshelf twitter
Follow @bookshelfnews
RT @marianlthorpe: My #abookaweek purchase today (and my birthday present to myself) from @Bookshelfnews (who will deliver it to my m… t.co/qcP2knLHzx


@edgarmercer Thank you so much for your order. Enjoy the books!


RT @edgarmercer: @Bookshelfnews is the greatest! Same day delivery for my birthday boy....and I had to sneak in one too. Love you lo… t.co/fflTQ807wU


Have a listen to @biblioasis publisher Dan Wells's enlightening interview with Michael Enright on The Sunday Editio… t.co/lCT9EDxXYn 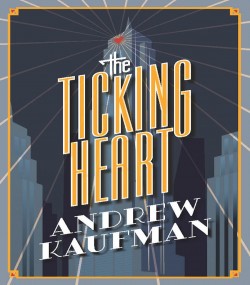 If, while driving, say, you're thinking too much about how your car works--and, by extension, how your car may not be working--there's probably something wrong with your car. Pull over. Machinery that calls attention to itself is usually malfunctioning.

Much in the same way, if, as you're reading, you're thinking too much about the metaphors pistoning and combusting in a work of fiction, there's likely something not quite right under the hood. Unless, of course, you're reading or driving within the city limits of Metaphoria.

"Metaphoria is a city that isn't based on realism," explains the mysterious fop in the large purple hat in Charlie Waterfield's Uber pool, right before "poofing" Charlie there. "The organizing principle in Metaphoria is metaphor. Everything in Metaphoria is metaphorical. This can get a bit troubling, confusing, even intimidating. However, that is the point. Metaphor must be appreciated, honoured, because it is a city specifically designed to trigger epiphanies... Because that's the only way to leave Metaphoria."

Upon arriving in Metaphoria, Charlie has his heart ripped out. It's something that, metaphorically, he's used to. Shirley Miller, who Charlie dated for a year and a half, is there to meet him and perform a quick extraction. "Oh, Charlie," she says, holding out the sickly-looking muscle for him to see. "Did you never learn to take care of this thing?"

Because everyone needs something ticking inside them to stay alive, Shirley fills Charlie's hollow chest with a time bomb and tasks him with finding out the purpose of the human heart, and epiphany-ing himself out of town, before his replacement goes off.

Making the covert overt presents a host of problems, all of which Kaufman handles with dexterity and delicacy. Brought out into the light, metaphors can look pretty ungainly and, one of Canada's finest humorists, Kaufman plays these gawky literary tools for laughs. And by drawing all the attention to the weirdness of these beached deep sea creatures, he's able to rather covertly and carefully investigate the purpose of the human heart. On the surface, such an investigation might seem a little too earnest, maybe a tad mawkish. But, occupying the dark, empty warrens left by the roused metaphors, the central question of The Ticking Heart becomes mysterious and subtle and, when it's solved, epiphanic.