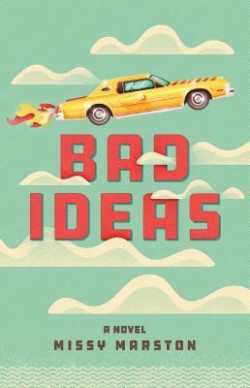 Vulnerability is a luxury not afforded to everyone. We often have little say in our being tough or resilient. In life, we either get strong or we get squashed.

Trudy Johnson is strong, but not by choice. Left by a father who had another family on the go out East, then left in charge of her niece Mercy when her sister Tammy split, Trudy has no choice but to be stalwart. She sees herself as the strong one surrounded by cowards--those either afraid of the present or pining for the past. Her life is a difficult, but manageable. Struggle, when it settles into the norm, has a way of becoming boring, rote. "One foot in front of the other, day after day, night after night. A carton of cigarettes, purchased each payday. A stack of packs, each cellophane wrapper unwound and discarded. Silver foil removed from one side then the other. Ashtrays filled and the emptied. Until he came along."

"He" is Jules Tremblay, a man who seeks out and manufactures adversity, and he should be the last person to spark a flame in Trudy. He's arrived in Preston Mills, a "scrubby shit-town clinging to the bank of the cold grey St. Lawrence River," with plans to pilot a yet-to-be-made rocket car over the expanse of the river. Though her instincts tell her to steer clear of Jules, Trudy's impulses keep pushing her towards the daredevil.

Vulnerability is the access point both for the great joys and great sorrows of life. Setting up strong defences to keep the sorrows at bay also keeps out the joy. This is the dilemma at the heart of Missy Marston's surly, funny, and lovely second novel, Bad Ideas. Opening up could make Trudy's life a whole lot happier, but it could also make it a whole lot worse. But, just as Jules can't shake the determination to jump the river, Trudy can't seem to shake her determination to take a run at Jules and the new life he represents.

With a rich cast of characters all struggling to tell the difference between the safe thing and the right thing to do, Bad Ideas is bursting with the feats of emotional derring-do. And, as with any stunt, you become truly invested when there's a possibility that things won't go as planned.