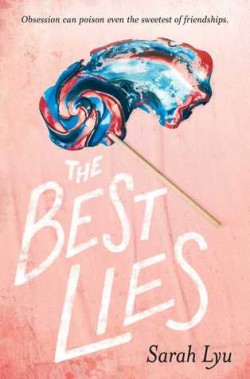 The Best Lies tells the heart-wrenching story of abusive relationships with family and friends and gives a deeper understanding of how a teenager deals with these toxic experiences. This is a story that shows how “obsession can poison even the sweetest of friendships.”

Katherine Remy Tsai, known as Remy Tsai, feels alone in a cruel and unfair life that only brings her pain and misery. With abusive parents and a brother who doesn’t seem to care for her, Remy thinks she has no one. When she meets Elise, Remy feels loved again, and the two quickly became the best of friends. The two girls have abusive families in common.

Elise and Remy do everything together, but this changes when Remy meets her boyfriend, Jack. Elise feels that Jack is taking Remy away from her, and is driven to fight for her friend. Remy starts to avoid Elise, but Elise is persistent about needing her support and love. Elise’s behaviour towards Remy turns to obsession, with deadly consequences.