McKinty has created a complex, sophisticated loner (as all good detectives are) who is just trying to make the world a better place.

The Devil's Light: A Novel

Richard North Patterson, formerly a trial lawyer and Watergate special prosecutor, is one of the best espionage spinners today.

Our Kind of Traitor: A Novel

Le Carre is a genius at creating anxious, breathing, eccentric characters! Read it before or after the movies comes, which starts Friday July 22.

How else will I learn how CIA agents are trained, how corrupt the banking system is and how to make sure you're not being tailed?

REVIEW: YOUR LIFE IS MINE 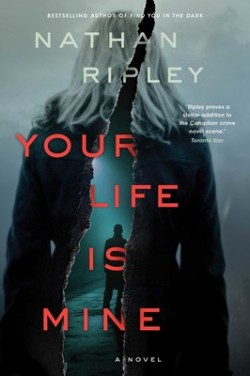 REVIEW: FIND YOU IN THE DARK
Your Life Is Mine
Find You in the Dark
New Zealand Prime Minister Jacinda Ardern, with a mind to preserve focus on the victims, curtail infamy for the perpetrator, and hopefully reduce emulation, refused to name the shooter who killed 50 people between two Mosques in Christchurch this past March. To get a sense of what Ardern had hoped to get out in front of, cut to a month later: a young woman who venerated the Columbine shooters caused statewide panic when she travelled to Denver, threatening a redux of the two-decade-old cornerstone of 20th century American violence. As the headlines accrue, it's hard not to see mass shootings turning from epidemic into pandemic.
At the same time, fascination with true crime (both historic and contemporary) is in bloom and any Aristotelian justification of catharsis has become smudged to the point of illegibility by our dramatic obsession with real life horror. As a culture, we're still not sure of the best way to talk about the escalation of mass gun violence. It can't be ignored, yet to dissect and rehash the causes, executions, and outcome in the media always risks pollination of the ideas.
At the centre of Nathan Ripley's Your Life is Mine is documentarian Blanche Potter. During the premiere of her latest true crime doc--an en vogue mishandled justice story that flirts with selling out--Blanche is approached by a man who knows her by a different name. He knows her to be Blanche Varner, daughter of cult leader and mass shooter Chuck Varner. In the late 90s, Varner, preaching state of natural chaos that we return to through violence, opened fire in a shopping mall. The man is Emil Chadwick and he's looking to exploit his knowledge of Blanche's true identity towards his own foray into the gold rush of true crime journalism. Forced by opportunism to return to a past she meant to cauterize--and hopefully contain--Blanche finds that her father's legacy, and his chaotic Your life is mine (YLIM) philosophy, has carried on without her.
If you plan on reading a thriller by Nathan Ripley, plan on reading it twice. Both his new novel and his first, Find You in the Dark, are stay-up-late-finishing books, a pace that may kick up the sort of dust that can obscure the thoughtful nuance that thrums beneath the clock-tick plot. A second reading of Your Life is Mine reveals a book that's very interested in the risks of unrestrained honesty. Ideas and deeds have a way of becoming contagions. A brutal idea makes it out into the world, and it spreads through handshakes and reportage. How much, then, is the right amount of truth? And who decides?
Considering her past experience and present vocation, Blanche grapples with the instincts to both reveal and occult: she knows the damage that the truth can do, as well as the relative justice it can lead to. To fully acknowledge her past could lead to the reopening the Pandora's Box of YLIM, but continuing to cloak her father and his influence on her and the world could hasten the leak. Returning to her past, Blanche has to walk a razor's edge, knowing that her presence, and the knowledge that only she has, could either stifle or amplify atrocity.
Ripley himself walks a fine line between a corking read and a cogent, feeling exploration of a dire, seemingly unsolvable modern conundrum. Your Life is Mine doesn't and can't offer an answer, but as a piece of popular writing, it smuggles in and lays out a profoundly prescient question
Go To Page Turners & Pot Boilers