RT @SamJaneB: An English major is not destined to be a barista, these professors say | CBC Radio t.co/gAf99TPgAf


What Are BBS Authors Up To? Kelly Starling Lyons t.co/QjM6BQ32v9 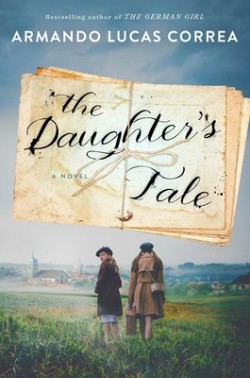 The Daughter's Tale: A Novel

An excellent read of the slow insidious onset of WW2 in Berlin. A small Jewish family in denial of the changes around them is gradually torn apart and eroded. The initial part of the novel focuses on the slow crushing changes in the city that gradually accelerate. Correa does a very good job of finding small sparks of compassion throughout the brutality.

Amanda (the mother) must make continuous choices - choices she can only regret and has no real control over. Her determination to communicate through letters to her daughters is the only solace she can take.

Most of the story concerns the youngest daughter Elise, whose name and identity must be transformed multiple times in order to survive. During the period leading up to the war and during the conflict, she survives almost constant bereavement but the author demonstrates her resilience through her vivid imagination.

I found the characters well developed and the background historical details - in particular a ship of refugees that sailed around the Atlantic only to arrive back in Europe - all too familiar to today’s headlines.
Highly recommended.