RT @10Carden: How can we empower the young women in our community as the female leaders of tomorrow? Join the conversation May… t.co/hV7QCqCKVS


RT @YES_2_McElderry: This evening, if you’re looking for something to do. t.co/SJNPVyy7gs

Review: EVIL: The Science Behind Humanity's Dark Side 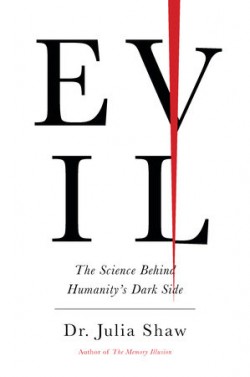 Evil: The Science Behind Humanity's Dark Side

Dr. Julia Shaw wants you to stop believing in evil.

In her newest book, Shaw (author of The Memory Illusion) challenges her readers to rethink bad behaviour - both their own and that of others. She describes Evil as a kind of "disaster tourism," framing her research less as a philosophical or moral exploration than as a "vehicle for self-reflection;" the result is a creepy, unnerving journey but one well worth taking.

The opening chapter focusses on some familiar labels for "evil" people - Narcissists, sadists, psychopaths - fleshing out the definitions of terms to demonstrate how inexact use of language distorts our opinions of each other and distances us from our own capacity for wrongdoing. Shaw points out that all forms of aggression (itself a loaded term) are "simply a manifestation of various other traits, a collection of emotions and actions that result from being human, that everyone is capable of...normal, not evil."

Problematic language gets frequent mention in Evil, and its discussion of murder's perpetrators is no exception. Shaw posits that referring to those who kill as "murderers" risks defining individuals by a single act - reductive and unfair considering that "humans largely kill for the same reasons that they do many other things...to protect their families, to achieve their goals and to acquire things they think they need." Empathizing with violence is unpleasant, but it is difficult to argue with Shaw's insistence that we not "confuse our fear of death with justification for dehumanising people who have inflicted it."

Criminal activity is a recurring point of discussion, and the insidious nature of cybercrime -"the single most common form of crime" - is certainly given its due. Normalisation of online bullying threatens to corrupt us all, particularly when our fear of becoming targets prevents us from standing up to the trolls. Here again, Shaw refuses to let the reader off the hook, asserting that "technology is presenting [us] with new ways to empower and exploit, humanise and humiliate," and that "just because we can all become awful people online doesn't mean that we are justified in doing so."

The most controversial chapter in Evil centers around an almost universally vilified population: paedophiles. With the amount of damage that offending paedophiles can inflict on individuals (and, by extension, their communities), a lack of empathy for those possessing a sexual attraction to children is understandable.

Shaw demands that we look closer before casting judgement, debunking misconceptions first: "As a society, we must stop using the terms sex offender and paedophile...as if they were synonymous." Being sexually attracted to children does not inherently mean that the urge will be acted upon, and prejudice against those with this orientation can cause its own kind of damage. Shaw's research indicates that "we need to help [these individuals] because they are human beings who are suffering, and we need to help them because they are at risk of causing great suffering to others." In this instance, perhaps more than anywhere else in the book, Evil's suggestions for achieving empathy promote much-needed, healthy discussion of a common empathetic blindspot. 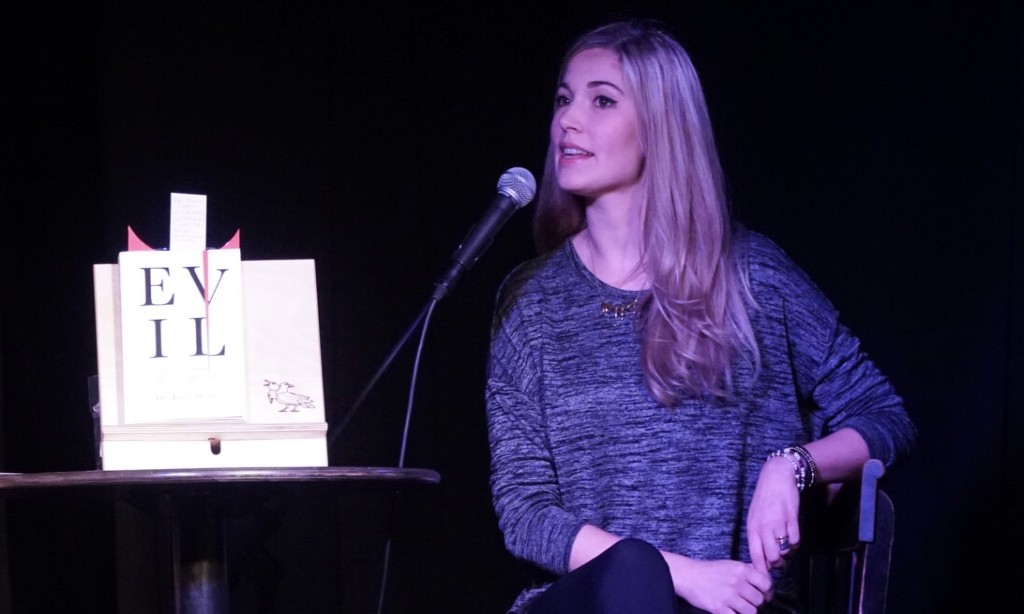 Many ideas in Evil warrant (re)examination and I will not attempt to encapsulate all of them here. Rest assured, you will be made uncomfortable by the "evil" in which we are all - to some degree - complicit. Avoiding the difficult and unseemly has played a considerable role in bringing us to this unsympathetic place in history.  Fortunately, by reconsidering how we think and talk about the ugliest aspects of human nature, we can take one very important step towards real understanding.