Bookshelf twitter
Follow @bookshelfnews
Thanks for being here! Pick up your copy of #FailurewithoutFear available in the Bookshelf bookstore… t.co/tij4BSfa8Q


RT @ShekillsLit: We'll be partying #CandaceStarr style at the eBar Feb 20th to celebrate the release of my tongue-in-cheek noir, The… t.co/RQRdRpBr1k

Review: What We Owe 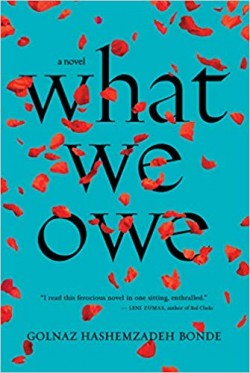 A novel that delves deep into the conflicting emotions of an immigrant/refugee. Nahid has escaped the Iranian revolution in physicality but does not achieve freedom in her new home - Sweden. She has struggled hard to survive but has paid the price of not really living, a fact brought home to her with a cancer diagnosis. The rage of this character is palpable as she struggles to understand, how did this happen? why am I so alone? if I had made different choices would people I love still be alive?

The author did a very good job of demonstrating the impact of loss and violence in the country of origin as well as the protagonist's difficulty with being able to relate the depth of her losses to her new coworkers, a peer group giving a deep sense of social isolation.

The scenes between mother and daughters are difficult but honest. I feel the novel is a valuable prompt to discuss/understand that the difficulties a refugee is running from do not always magically
disappear in a new country.