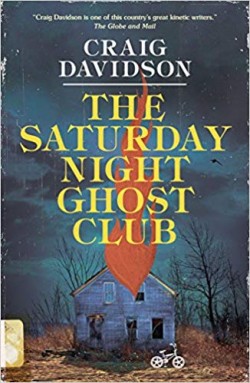 In a recent review of the new Stephen King-based TV show Castle Rock, critic Johanna Schneller at once pats King's horror on the back while also hoofing it in the shin. "I've enjoyed my share of King's work," she explains. "But I find his Evil... Easy. In its simplicity, it's comfort food."

"There’s a solace to believing in Capital-E Evil," Schneller writes. "If you think it’s a force that exists outside you, then it’s something you can fight. And if it permeates you, and you start to do bad stuff, it’s not your fault. The Devil made you do it... Stephen King specializes in that kind of Evil. Evil clowns, Evil cars, Evil dogs. Evil little girls, Evil hotels..." When it comes to the everyday horror of being alive, though, Schneller finds the recipient of a 2015 National Medal of Arts wanting.

Schneller is both sort of right and fundamentally wrong. King's best known monsters amount to clear, tangible, memorable images, yes. His ghouls are immediate, archetypal stuff. But to reduce King to these foundational manifestations is to completely miss the point. King's sometimes risibly large books take a long while to actually get to those fireworks factories, and those journeys are all about--to the chagrin of those who just want the monster of the week already--character and psychology and the subtler monsters that inhabit those thickets.

To say, for instance, that The Shining is just about an "Evil hotel" is to completely (and confoundingly) skip past the pages and pages of meditation on addiction, abuse, artistic struggle. King's books are in fact chockablock with the "murkier" horrors of the everyday that Schneller wants, the lowercase-E evil inside of all of us. When we suppress these horrors, they usually reappear in some other--usually mutated and mangled--form. What are monsters and Capital-E Evil but simplified manifestations of the complicated things in our own life we can't deal with head on, simple silhouettes of a blinding eclipse watched through a shadow box?

No one knows this better than Jake Breaker, neurosurgeon and one-time member of The Saturday Night Ghost Club.

"The brain is the seat of memory," Jake tells us early on in Craig Davidson's new novel, "and memory is a tricky thing. At base level, memories are stories--and sometimes these stories we tell allow us to carry on. Sometimes stories are the best we can hope for. They help us to simply get by, while deeper levels of our consciousness slap bandages on wounds that hold the power to wreck us... A secret can hidden from everyone save its holder, and the brain is not only a storyteller, it is a truth-seeking organ. If the stories we tell are no more than an overlay, the equivalent of six feet of caliche covering a pool of toxic sludge, something's bound to bubble up, right?"

As the brain is the seat of memory, Cataract City, AKA Niagara Falls, is the seat of Jake's childhood. "A place stuck in time... [where] nothing ever gets torn down... Buildings collapse like woolly mammoths sucked lamenting into a tar pit, and afterwards, the spot where that where that dilapidated house or shop stood remains barren. In most towns, things change... but where I come from those weedy lots become part of the scenery." It's recognizable King Country, a town of economic and class disparity haunted by bullies and eccentrics and loose curfews.

Among the tourist tchotchke traps of Niagara Falls is The Occultorium, a struggling curio shop owned by Jake's Uncle Calvin. A believer in monsters, Jake's gullibility is stoked by his Uncle C's supernatural interests. "There was no falsehood I wouldn't swallow," Jake says of his boyhood self. But Uncle C's not out to spook his nephew. Rather, there's a certain munificence to his connection with and promotion of the paranormal. Small and afraid of malevolence in his closet, its his uncle's indulgence and expertise--Uncle C immediately identifies the closet monster as a Super Slug and knows just the bait to trap it--that helps Jake through his fear.

A recent transplant from Slave Lake, Billy Yellowbird comes into The Occulotirum one day worrying about his setsuné. His grandmother died shortly after the move and, unable to bring her home and unable to bury her by his family's customs, Billy's eager to know she made it safely to the other side. Calvin has just the thing: The Psycho-Phone. A mishmash of phonograph and See 'N Say, the arcane device only manages to pick up sounds that, years later, as a medical resident, will remind Jake of a recording from inside a human skull.

"It's only constant was an unearthly hiss that crested and ebbed in time with the patient's blood flow. It sounded like waves of static crashing on a distant beachhead. Within those waves, or outside them, were other noises: pings and crackles and purrs, liquid gurgles, a sound like the pitter-patter of feet dancing on a rain-rinsed tin roof. The professor told us they were made by magnetic waves bending around the rim of the patients brain. But he couldn't tell us if we were hearing the patient's thoughts themselves, or perhaps the sound of the tumour creeping through her mind."

When Uncle C's impromptu séance fails to conjure any consolation for Billy, he suggests a trip to the funeral home instead, and so the Saturday Night Ghost Club is founded. Over the summer, Uncle C becomes something of a tour guide for the underground tragedies and hauntings of Cataract City. Here, too, Davidson is in King Country, Jake's coming-of-age summer with The Saturday Night Ghost Club bringing to mind the misfit groups of "The Body" or It's The Losers' Club.

Craig Davidson may currently be best known for his Canada Reads-selected memoir, Precious Cargo, which recalls Davidson's time spent driving a special-needs bus. Before that, he gained visibility when a Giller nomination for his novel Cataract City. All the while, Davidson's dark half, Nick Cutter, has been producing some of the most brutal, visceral horror you've ever read, drawing praise from the likes of the master of both capital and lowercase evil, Mr King. With The Saturday Night Ghost Club, Davidson achieves a thoughtful, engaging peace with his breadth of interests and strengths.

As Uncle C shows both Jake and Billy, horror can be a sort of salve--"comfort food," in Schneller's estimation, or easy evil. The reason King was and continues to be so popular amongst adolescents is that the horror of everyday life is beginning to be palpable at that age while still being indescribable. These are stories that help their readers--in Jake's words--"get by" while they inch closer to an unfiltered relationship with life's hardships.

But The Saturday Night Ghost Club is not just concerned with getting by, and neither is Jake. Through his reflective narrator, Davidson takes an interest in the wound more than he does the salve. The story that Jake tells himself about his own coming of age, in the true tradition of Stephen King, is a process of understanding the injury by way of the bandage.