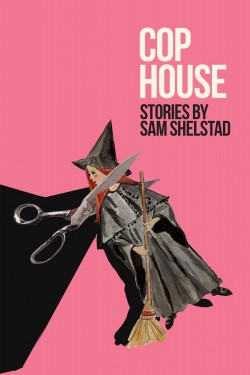 Victor LaValle recently curated a tidy selection of Richard Matheson's vast short fiction. Most people will know Matheson through adaptations -- whether it's "Duel," or "Nightmare at 20, 000 Feet," or I Am Legend -- and that's certainly how I became familiar with him. For the most part, I've matched his source stories to all their offspring, but until LaValle's picks, I didn't realize that Matheson was behind the nutty Trilogy of Terror segment where Karen Black is chased around by a fetish doll come to life.

It's a scenario that's tough to take seriously: a woman stalked by a tchotchke. When a necklace imprisoning the spirit of "He Who Kills" inside the six inch doll is knocked off, the souvenir comes to disastrous life. There's lots of stabbing, lots of biting, a good amount of door knob rattling. But what real terror can there be in something that, on its face -- both in concept and execution -- is so absurd and awkward? The dramatization lives or dies by Karen Black's performance, the story by Matheson's writing.

There aren't exactly razor-toothed, spear-wielding Zuni dolls in Cop House, Sam Shelstad's debut book of short stories, but there is, for instance, a shirtless stranger curled up and crying, clutching hand soap on a woman's bathroom floor. And there's a woman trying to adapt her competitive Halloween decorations to the input of vandals, as well as a man excoriating a neck pillow in a bus bathroom. There's also a lonely polar bear and a deer with a death wish.

In a sense, these stories are full of weird little dolls. At first blush, the characters in Cop House might seem quirky or twee, their plights harmless -- it's certainly a hoot to see all these weirdos gambol about -- but Shelstad has also left plenty of kitchen knives lying around. Though they start of light, the imprisoning neckless of quirkiness gradually slides off and these stories become ensouled with genuine, nuanced, earned pathos.

Even the silliest character in Cop House can still grip a honed knife and come after you -- emtionally speaking, of course. Though seemingly about as far away from a writer like Matheson as a guy can get, Shelstad shares the talent of making an abusrd situation convincingly serious.