Code Your Own Games!: 20 Games to Create with Scratch

The fascinating story of four African-American women who were instrumental in NASA's first space launch - adapted for younger readers!

Rosie's projects include (but are not limited to) building a solar oven, constructing a catapult and solving real-world problems!! 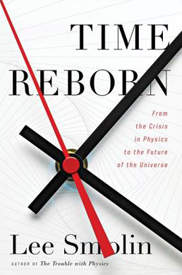 Time Reborn: From the Crisis in Physics to the Future of the Universe

In Time Reborn, Lee Smolin suggests that some of the finest scientific minds have not been imaginative enough to get beyond certain ingrained beliefs to find theories that would better explain their observations. Yes, they made incredible contributions to physics, but when they attempt to apply to cosmology what works on a smaller scale in physics, their resulting theories of the universe and everything are wanting.

Pointing out how little progress has been made in cosmology in the twentieth century, Smolin goes so far as to say that cosmological science is in crisis. For more than two decades the research program based on “the timeless universe that embraces quantum mechanics and the multiverse as the final theory…has not yet produced a single falsifiable prediction for a currently doable experiment.”

The notion of multiverses takes an especially hard hit in Smolin’s book. It’s a “cosmological dilemma”: if we can only observe one universe, how are experiments to be repeated on others? It’s just too easy to manipulate the assumptions when you are dealing with theoretical entities that are unobservable.

Smolin attributes much of the current crisis to mistaken notions of time. He documents the steps that resulted in time being expelled from physics, with Einstein finally absorbing time altogether into a unified continuum he called spacetime, and he points out the problems that have arisen. Then he argues convincingly that if we are to extend science to an understanding of the universe as a whole, we need a new theory, one in which the reality of time is an element. If the purpose of science is to describe nature as it really is, what could be more powerful and universal than our moment-by-moment conception of time?

“Cosmological Natural Selection” is Smolin’s contribution to a new way of thinking, developed in the late 1980s and published in 1992. None of the predictions Smolin made back then have yet been falsified, so he has been encouraged to continue on this track.

As the name suggests, Cosmological Natural Selection is based on the methods of population biology. The universe we can observe has a history of evolving from the simple to the complex. And since complexity is improbable–nothing jumps from the simple to the very complex without going through a series of small steps –- it implies a sequence occurring over time.

Reading Time Reborn is a bit like reading a detective story. I found myself getting excited about what would come next. Smolin advocates a “clean break” from past thinking to allow for a theory that generates genuine physical predictions for cosmological observations. In other words, progress requires a revolution. Would Smolin conclude that a theory of everything is possible? Would he claim to have found it? The answers are, respectively, “maybe” and “not yet.”

Smolin thinks we need to think imaginatively about the future and what we should be doing now to increase the chances of solving major problems like climate change. His approach attempts to break down the silos of thinkers so that breakthroughs in one area can spark changes in others. His thinking connects physics to economics and democracy and other issues of concern for individuals. He has said that his work has him asking such questions as “Does the amount of freedom we have change as we get older?” The answer will be interesting—and the fact that our sense of the universe is shifting with this new thinking is most interesting of all.