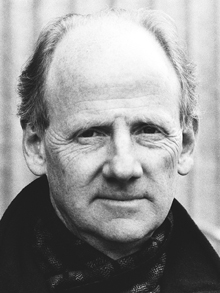 The Comeback: How Aboriginals Are Reclaiming Power And Influence
The Inconvenient Indian: A Curious Account of Native People in North America

John Ralston Saul is an internationally recognized philosopher, novelist, and essayist. He was long-time President of PEN International, where he helped promote intercultural dialogue between writers’ and championed their global freedom of expression. He is often considered Canada’s leading public intellectual, for his humanistic explorations of our national challenges and our international place. In recent years, he has increasingly written and spoken as an ally of Indigenous Peoples, arguing for their historical, political, and cultural centrality in this country. Books like a Fair Country: Telling Truths About Canada and The Comeback: How Aboriginals Are Reclaiming Power And Influence call on non-Indigenous readers to fully recognize Indigenous cultures and to join in the ongoing process of reconciliation. Please join us in welcoming John to the Bookshelf Cinema at 1.30pm on Saturday, April 30th for Authors for Indies Day (first come, first served, and free of charge) where he will be speaking with the incomparable First Nations novelist and essayist Tom King.

- Brad de Roo, who thinks you’d do very well to pick up King’s The Truth About Stories; The Inconvenient Indian: A Curious Account of Native People in North America; and The Back of the Turtle to bolster you Authors for Indies Day stack

What is the place of writing in truth and reconciliation?

Actions exist once they are spoken of and written about. Of course they already exist in the case of evil for those who did the evil. And they've had their effects on the victims. But outside of that private circle truth is only known when it is said and written. And a key part of reconciliation is people hearing and reading about what has happened. Those words then become part of how people will learn to live together.

You have been writing about Indigenous rights for sometime now. What have you learned about being a respectful, effective ally in the process (and over the time) of writing A Fair Country & The Comeback?

I learned quite quickly to be very careful in everything I write to make it clear that I am writing as a non-Indigenous person addressing myself principally to non-Indigenous people. And I have always spent a lot of time talking with my Indigenous friends, learning from them and letting them know what I am thinking of saying. They are pretty fast to let me know whether they think I am on the right track. I guess that is what it means to be an ally. Of course, at a certain point you have to simply sit down and write and take risks. That is an inescapable part of being a writer. That is why there is such a difference between technical or administrative reports vs. novels and philosophical essays. An ally must be both respectful and yet willing to take a very personal responsibility for the positions they take. That is what makes you potentially an effective ally.

In retrospect, do you see surprising continuities between your present work and your past. What links, say, Voltaire's Bastards & The Unconscious Civilization to your most recent books? If this sort of comparative analysis is better left to readers and critics (in the positive sense) of your work, is there a central tenet or principle you have carried through all of your writing?

In a way I believe that I have only ever written three books. One is a novel which has five chapters which were published as five novels. The other is a book of international ideas with five chapters, the first being Voltaire's Bastards and the most recent, The Collapse of Globalism. And I have written one book about Canada, with four chapters - Reflections of a Siamese Twin, A Fair Country, LaFontaine and Baldwin, The Comeback. Of course the truth is that there are great links between these three books. Perhaps the most important link is my belief that there is a great deal more to life than rationality; that we must take a much more holistic view involving multiple human qualities; that we must see the role of humans on the planet in a very different context to that which has been put forward by the Europeans and Americans over the last few centuries. And so you will find already in Voltaire’s Bastards hints of where I would go in writing about Indigenous ideas and contributions to the past and the future. For example, there is a long discussion about the Inuit world view in Voltaire's Bastards. By the time you get to On Equilibrium the Indigenous influence on my ideas is pretty clear.

Your books have always promoted the use of clear language. How has unclear language been used to resist or deny the comeback of First Nations peoples?

Technical language, specialist language, obscure legal language have all been used by Canadian governments to obscure Indigenous rights. That is why I have worked so hard on The Comeback to make fundamental arguments clear and unavoidable for people who are used to hiding behind official language.

Is the Trudeau government aiding in the comeback? What has the government done that is constructive? What could they do better?

The Trudeau government has made very clear statements about where it hopes to go on Indigenous issues and how it intends to handle them (ie Nation-to-Nation). It has announced a pretty good budget on the subject. Now it needs to work with Indigenous peoples on what is to be done and how to do it. But none of this will work if they don’t walk away from the deeply engrained culture of "Indian Affairs"; and if they don’t give very clear instructions for a radical change in direction to the relevant legal section of the Department of Justice.

You will be appearing in Guelph with Tom King, who has written many enduringly cutting fictions and histories. What have you learned from his work?

I love Tom King's writing. To put it mildly, he also brings a clear and unavoidable voice to the subject. I think he has made and is making a major contribution to rallying Canadians to the role of allies and in giving Indigenous people a fresh sense of themselves.