A fun time was had by all! Thanks @ConestogaC @CStudentsInc for having us! Remember to register your complimentary… t.co/9JVzhgDvrp


Hello @ConestogaC swing by the Guelph campus and see Mel in the cafeteria for your FREE @Bookshelfnews membership a… t.co/hlGvVVxR93 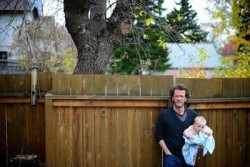 The High Mountains of Portugal: A Novel
Self
Life of Pi

Best known for one of the most famous Canadian novels ever published, Yann Martel will be in Guelph at Lakeside Hope House Tuesday, March 29th from 7pm to promote his new novel, The High Mountains of Portugal. Meeting briefly on a narrow pass in the High Mountains of the Internet, we chatted about Portugal, walking backwards, autopsies, bodies, home, animals, and Justin Trudeau.

- Brad de Roo, who would walk backwards more if he didn’t look so forward to reading the next book

Unsurprisingly, Portugal is central to The High Mountains of Portugal. Why Portugal? What about this place calls for these stories?

Portugal was the first country I visited on my own, as a 20 year-old backpacker. I travelled from the south to the north. It made a deep impression on me, seeing a foreign country in solitude. That’s the personal connection. But the real reason I set my novel in Portugal is that curiously named region called Trás-os-montes, beyond or behind the mountains—but there are no mountains. Upon discovering this, I realized how geography is an act of storytelling, how in naming a region we are starting to weave a story about it, and in this case, it’s the story of a preoccupation with something beyond mountains that don’t even exist. Hence the mountains in my novel that also don’t exist. The High Mountains of Portugal are imaginary mountains, magic mountains, mountains in the mind.

Walking backwards is a motif throughout the book (especially in ‘Part One: Homeless’). Characters seem to move this way out of protest and/or mourning. Is being a writer ever like being seen to be walking through the world backwards?

Absolutely. I believe there is a contrarian duty to writing. The writer must write in opposition to prevailing thinking and opinions. To object is sometimes to clarify, and that is the purpose of writing, to bring clarity.

In ‘Part Two: Homeward’, Agatha Christie superfan and pathologist Eusebio Lozora's performance of an autopsy is compared to telling a story. Is the opposite true as well, is storytelling – the cuts, the sewing up, the scars, the microscopic bent, the characteristic telos – autopsy-like?

That’s a great insight. I can only agree: yes, there is an autopsy-like quality to writing. The pen is a scalpel that seeks to open up the body of life and determine its truths and falsehoods.

Animals appear continually in the imagery (not to mention as central characters) of your books. ‘Part Three: Home’ relates the story of Canadian Senator Peter Tovy immigrating with the ape Odo to The High Mountains of Portugal. Why do animals keep becoming central to our stories?

The body (animal & human) is described in great detail throughout The High Mountains of Portugal. Are our bodies stories that we tell ourselves? Are they allegories? If so, allegories of what?

Our bodies certainly shape our lives. In my first novel, Self, I explored the idea that our bodies are an environment that predispose us to certain behaviors, certain ways of being, certain tendencies. In that sense, our bodies will determine some of our stories. As for the body as an allegory, the first one that comes to my mind is the body as magic carpet that flies through the air, transporting us from one wonder to another—until it flops away, inanimate, and we fall….

The High Mountains of Portugal is structured around a conception of home. What about home appeals as a conceit?

Its centrality to our well-being, to our sense of belonging and identity. Homelessness, the literal kind, where we have no four walls to hug us, is just another expression of our mortality.

You once compiled a list (and then a book) of books that Stephen Harper ought to read. I am not sure he read any of them. Justin Trudeau strikes me as someone who might have reading suggestions for all of us. What 4 or 5 books should he read to avoid Harper's mistakes?

He’s probably already read those four, five books, since he’s already avoiding Harper’s mistakes by virtue of being open, gregarious, and kinder in thought and behaviour.

Tomás, the central character of ‘Part 1: Homeless’, takes a 1904 Renault on the road in search of metaphysical treasure. Did you (even briefly?) consider undertaking a variation (ie same car, different locales, personal treasure) of his trip for your book tour?

Funny. But no. Homer didn't–I don’t suppose–dress up when he delivered the Iliad to his audiences. He just recited it. Same with me. I dress dully, I just stand and speak when I deliver my stories. It’s the reader who must take on a variation of Tomás’s tour. That’s where the metaphysical treasure is to be found.

Nothing literary for a while. I work on one project at a time, and right now I haven’t a single story idea in my head. But I want to work on my four children, who are kind of like four little Russian novels.