RT @guelphmuseums: 🍐 Take a bite out of #GuelphCirca1999! Tomorrow over the lunch hour during History Bites we’re chatting Guelph in t… t.co/47rD8joXfK 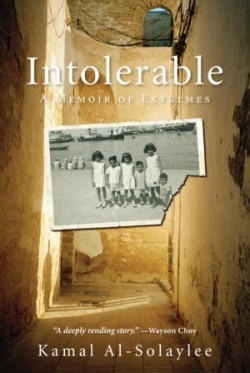 Who are the Houthis?

I thought this when I read in the New York Times a couple of weeks ago that the U.S. had shut its embassy and that this rebel group had dissolved parliament and was taking over the government. I had a vague feeling for Yemen somewhere on the Arabian Peninsula, but very vague. I knew that it had serious Al Qaeda links through the Bin Laden line, and that the underwear bomber had been trained there, but that was all.

I was feeling slightly embarrassed and unsettled by this when I noticed that one of the Canada Reads books this year was written by a Yemeni-born writer named Kamal Al-Solaylee. The book is entitled Intolerable: A Book of Extremes. When I read on the back that it had also been a finalist for the Lambda Literary Award for Gay Memoir I thought this guy must have an interesting story.

Kamal Al-Solaylee is a professor of journalism at Ryerson and has written for the Globe and Mail, the Walrus, and Toronto Life. He begins his story with this revelation: “I am the son of an illiterate shepherdess who was married off at fourteen and had eleven children by the time she was thirty-three.” He is, in fact, the youngest. There were so many children because it took his parents many tries to have the much desired boy. Also his father, when young, had an unstoppable libido and while making many children at home was constantly hiding from angry husbands here, there, and everywhere.

This is a very sad story told with a certain amount of dispassionate intensity – if there can be such a thing. Kamal was brought up in a house of sisters and a mother whom he loved. He had nothing in common with his three brothers. Much of his treasured time was spent in the kitchen. He realized before puberty that he was attracted to men but never told his much beloved mother or his father. A large part of his life has been running away from his family and heritage to be able to live the life that was necessary to his psychic survival.

I learned some crowded Middle Eastern history as his family had to move from Aden to Beirut to Cairo and back to Aden. When Al-Solaylee was young these cities were like Paris and London. There was a lively and sophisticated culture. From his account women had as much freedom as women in the west, but all of that changed. His sisters who had at one point been splashing in bikinis, listening to Tom Jones, and stressing about lipstick and eye liner, ended up in burkas and niqabs. His brothers became very religious and controlling of their wives. From Al-Solaylee’s vantage point, the descent into intolerance and fundamentalism began with the death of Anwar Sadat and the economic decline of the region. His family’s plight is embroiled in the thick complication of Middle East Politics.

Al-Solaylee was very strategic about leaving his roots. He is now happily settled in Toronto. The verb form of his name, Kamal, means "fill in the gap" or "complete the story." He certainly has filled in some gaps but the story is not complete and it raises so many important issues. I know how much he agonizes about his family who have lost their sense of hope. I wonder how they have done in this latest tribal skirmish reported in the New York Times. I am reminded of how easily women in particular can lose social and economic mobility. I wonder about Obama’s latest plan to fight terrorism and I fear the Harper government's terrorism bill. I am sure Al-Solaylee would say that much of the problems seething in the Middle East are because the people are poor and have no hope. Al-Solaylee still fears any kind of border crossing. But really, he has crossed so many already.