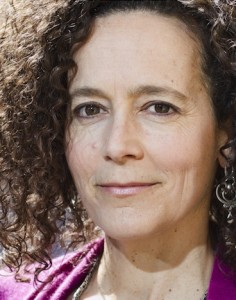 Glass Castle
The Year of Magical Thinking
A Heartbreaking Work of Staggering Genius
Wave
Know the Night: A Memoir of Survival in the Small Hours
Honeymoon in Purdah: An Iranian Journey
Confessions of a Fairy's Daughter: Growing Up with a Gay Dad

There is a myth floating around that I’d love to deflate. The myth is this: the harder the life, the better the memoir. Before I reach for a pin and poke into the skin of that belief, however, I must pause and concede that some of the most celebrated memoirs of our day—The Glass Castle, The Year of Magical Thinking, Angela’s Ashes, A Heartbreaking Work of Staggering Genius, Wave, Wild—all have soul-crushing tragedy at their core. What makes these books great memoirs, though, is not the scale of the tragedies they recount, but rather the writing that has sculpted and chiselled and scraped and carved and sanded and blended and redefined and refined those stories into exquisitely wrought works of art. This behind-the-scenes work—think years of balled-up paper piling up in a corner alongside mountains of snotty Kleenexes—is often overlooked because a) who wants to talk about snotty Kleenexes, and b) it is the content of the stories that tends to get all the attention.

A couple of years ago, I published a memoir. “You think that’s something,” a surprising number of people would tell me as I signed books. “You should hear about my childhood...” Which was a statement I always found a bit odd. Akin to looking at an artist’s still life painting and commenting, “You think that’s a bowl of apples. You should see the apples at my house...”

Because here’s the thing: our stories are just apples. They may become the subject, the inspiration, the focus, the portal, the clay, the melodic line, the instrument—pick your metaphor—through which we choose to express our creative impulses, but their ability to come to life (and, ideally, to transcendence) depends not upon the apples themselves, but upon the tools, the craft, the grunt work, and the inspiration available to facilitate that elusive passage from object to art.

Last year I was a reader for the CBC Nonfiction Competition, meaning that over the course of several months I was to read and rate (in a complex system: thumbs-up or thumbs-down) about 250 essays of ten pages or less. Many, if not most, of these submissions were memoirs of some kind: stories about childhood misadventures, illness, abuse, recollections of family dinners and arguments, sketches of aging parents.

There were many excellent stories, and as I pared down my ‘thumbs-up’ stack to the requisite twelve selections, what struck me was this: the subject didn’t matter—not at all. What mattered was what the writer did with what they had. A harrowing account of a peripatetic childhood involving sixteen schools from Seattle to Siberia was no more impressive than a story about a thumbnail if the writing of the former did not have the strength to get us through one school, let alone sixteen, and the language of the latter shimmered and spiralled off the page. (By the way, this is pure invention.

There were no stories about Siberian schools or thumbnails.) There is no doubt that having a rich and interesting childhood is priceless fodder for a great memoir (read Alexandra Fuller!), but the two things aren’t as immediately interchangeable as people might assume. It isn’t the impossible hardship within the story that make it compelling, but the years of invisible work involved in transforming ‘my story’ into ‘a story,’ and the quiet carpentry of language that frames, buttresses and lifts a literary castle out of what was once an enormous slag heap.

There are more excellent memoirs than I could possibly recommend (including all of the above), but if I had to choose three that model exceptional artistry and architecture of language, they would be:

There is a Season by Patrick Lane

Know the Night: A Memoir of Survival in the Small Hours by Maria Mutch

The House with the Parapet Wall by John Terpstra