@SamJaneB @speedriverbike We have set a copy aside for you. Thank you!


@SamJaneB @speedriverbike Hi Dr. Brennan, we are actually opening for in store browsing on Monday. This timeline wo… t.co/bw9H3Df300 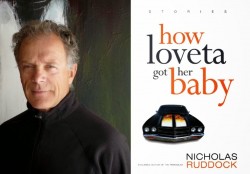 "How Eunice Got Her baby" was included in the The Journey Prize Stories 19. What did it mean for you have your work included in that national showcase?

Inclusion was important to me, as I recall it now, for several reasons. It bound me tightly and forever to one of the magazines I most admired, since my youth, The Fiddlehead, who had chosen to submit it for consideration. It was favourably reviewed by David Bezmogis (Natasha), who I respect as a short-story writer. The director Ana Valine read the story only because it was there and chose to film it (well, a version of it) for the Canadian Film Centre. It served as a reminder to stick with previously-rejected stories (the same "Eunice"), that there would be a kindred spirit somewhere else who would understand or smile. Also it was a pat on the back. And a puzzle too because several other stories had been forwarded for consideration by other magazines, yet did not make the cut.

What's the earliest story in the collection? Was there a moment that you began thinking about these stories as a collection? From the background you provided for "Eunice" in the anthology, I get the idea that these characters have been gestating for some time.

The earliest story I wrote at all was "Mistaken Point" but I've sat on it all these years (about 10). The earliest stories that were published were "Squid", "Sculpin", and "Telescope", also "Burin", which won prizes in poetry contests despite being written as stories. The first traditional story of some length to be published was "Fog", in the Dalhousie Review, acceptance of which was actually more important than the Journey Prize story because it was the first sign that anyone outside of my family cared. My wife Cheryl and I have thought of the stories as a collection for some time, but this grouping was put together by Cheryl and fits well as a unit and has not been together before. As for gestation, one story just moved into the next without much thinking, so I guess "gestating", being thoughtless and natural, is a good term.

Though there is a cast of characters, the East Coast is arguably the main character in How Loveta Got Her Baby. Could you talk a little bit about your time spent out East? When did you begin to set stories there? Is there any pressure on you to accurately portray the place and the people?

The East Coast: I graduated from U of T medical school in 1969 when I was 23. I then took a year off to write but found nothing to write about. (Now I know this would make a good slacker novel...partly done already in The Parabolist). I worked in a button factory for $. Then I went back into the medical fold and as everyone else was headed west, I applied to St John's and was accepted. The plane landed and there was a stormy sea and that was it for me. I stayed in St John's for 2 years to intern and begin a specialty but then changed my mind and went into general practice. I was sent by the Gov't of Nfld to Belleoram, in one of the most isolated areas of the province. No road access then. The towns: Rencontre East, Pool's Cove, Belleoram, English Harbour West, St Jacques, Mose Ambrose, Coomb's Cove, Boxey, Wreck Cove. I was unable to care for myself in any reasonable way so a local family more or less adopted me. We were together all the time. The father was the singer in the local band so I spent most of the next two years being soaked in the outport culture, which in that area was closely associated with traditional music. Also with 40 straight days of fog; it would be hard to be more immersed. Eventually I bought a house on a barasway on a shingled beach but stayed on with the family. After my wife and I moved to the Yukon (1976) we had to sell the house (phone call) to a family whose house had burned down. It has since collapsed. We're in Newfoundland every year since for the hiking and the berries and the music and the people.

I began to set my stories there as soon as I started writing anything of significance. It's an overwhelming place (as you probably know).

As for accurate portrayal, yes there's pressure but if you look at The Parabolist, set in Toronto, my tendency there was to exaggerate just enough to make the eventual humanity touching. There's a similar bent to some of these stories.

All the critics said that Toronto was the main character in the novel, so it looks like I'm hung up on place. Yet it's not done in highly decorative prose, just the odd simple sentence here and there, for the most part.

These stories are told as stories rather than a novel because it never occurred to me to do otherwise when I was writing them. It did occur to me later that they could be "novelized", but by then I was well into a new complete novel set in St John's (finished!) and the stories had such integrity and sweetness and sorrow that they demanded not to be touched. We took them directly to Breakwater Books, where they were accepted for publication by James Langer (poet, Anansi). We couldn't be happier.