A lot of independent bookstores across Canada carry a similar mission: to provide their communities with a curated selection of Can lit, international gems, local…
Bookshelf twitter
Follow @bookshelfnews
RT @BookNet_Canada: How’s @Bookshelfnews adapting to the challenges presented by the pandemic? t.co/xQf9gnVsp3 t.co/Ob2RmX9Bkv 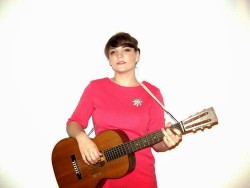 Community-wise, the release of Jessy Bell Smith's first album, The Town, is a bit of a big deal. For a few years now, Jessy's voice has been an important and staggering presence in the sound of Guelph. When not on it's own, Jessy has lent her decimating parlor-ish vocals to a slew of local musicians, most recently backing The Skydiggers.Ina town with a strong DIY ethic where albums get released almost compulsively, it seems initially odd that it's taken Jessy until now to release a full-fledged thing you can have and hold, but the proof of patience is strong through the ten tracks. The Town is confident and realized in a way first volleys rarely are.

Jessy did us the solid of answering a few questions:

You've said that The Town was 10 years coming, but how long have you been plugging away at music? When did it become something that you, you know, "took seriously?"

I can't say that I remember a time when I didn't take music seriously. I come from a musical family and singing and playing was a big part of my growing up. Listening to music was also very important to me from my earliest memories. I think it was in high school, at around 17 years old, when I was first recognized for having a talent in music. Although I was not much of a participant in high school, mostly hanging out downtown when I should have been in class, I was pushed into auditioning for a the school Christmas assembly by a close friend. Forced, actually. The reaction from the audience, about 500 people, crammed into the school cafeteria, has still yet to be topped in any musical experience I have had to date. There was absolute silence while I sang and at the end the audience erupted in cheering, everyone cried, my teachers, my tough smoking-pit friends. I had spent the day in meditation, to steady my nerves and also because I wanted to give a gift. I was just starting to learn that the world may not be as nice a place as I had thought it was, and I felt that I might have something hopeful to offer. It seemed to work. That's really what I have been doing with music since.

I feel as though I have something to give, that doesn't really belong to me, and when I encounter someone who feels moved by something I have written or by the way I sing, I feel a great sense of completion. As far as a music career goes, that happened very gradually, and many aspects of it I struggle with. There seems to be a preconception that if you have talent, the business side just happens naturally and fame and riches are automatic. Self promotion is not a strong point of mine. The only reason I have have any recognition as a musician is really because of being invited to play and sing. Actually the first gig I have booked at my own initiation, that is without being asked, was the release for this record. I feel very lucky for all of the support and encouragement I've found among my musical friends.

Is this the album you'd imagined your first album would be? What sort of album would Jessy Bell Smith have put out, say, 9 years ago?

When I write music it comes to me like a premonition of a song that is already finished, and exists out there in the aether. I actually hear it, like picking up a feint radio station, with the lyrics structure, progression, style already there for the most part. This is a truly magical phenomena for me. I am very excited when it happens and usually race to find something to write it down on before it disappears. My efforts in recording can be summed up as really an attempt to recreate exactly what I heard when I heard it the first time. I like to imagine that it is one of my special tasks or duties in this life, and despite being a bit shy and overly agreeable at times, I will do what it takes to get the songs there, even if it means starting over, and even starting over again.

Until I started working with J.J. Ipsen and Andy Magoffin (House of Miracles), who co-produced the album, I hadn't met anyone yet that really understood what I was trying to do. They were somehow able to intuit what the songs needed and give them the treatment and Instrumentation I had imagined, and sometimes struggled to articulate. It was still a long road getting there, but I finally feel satisfied that we've given the songs everything we could. In actual fact, this album was recorded 9 years ago as an EP that I recorded myself on a 4 track. I played all of the instruments except the drums. It wasn't until now that I have developed the important relationships needed to flesh the songs out entirely and I think I can let them go now and truly consider them finished.

How'd you get hooked up with these Choose My Music people in the UK? 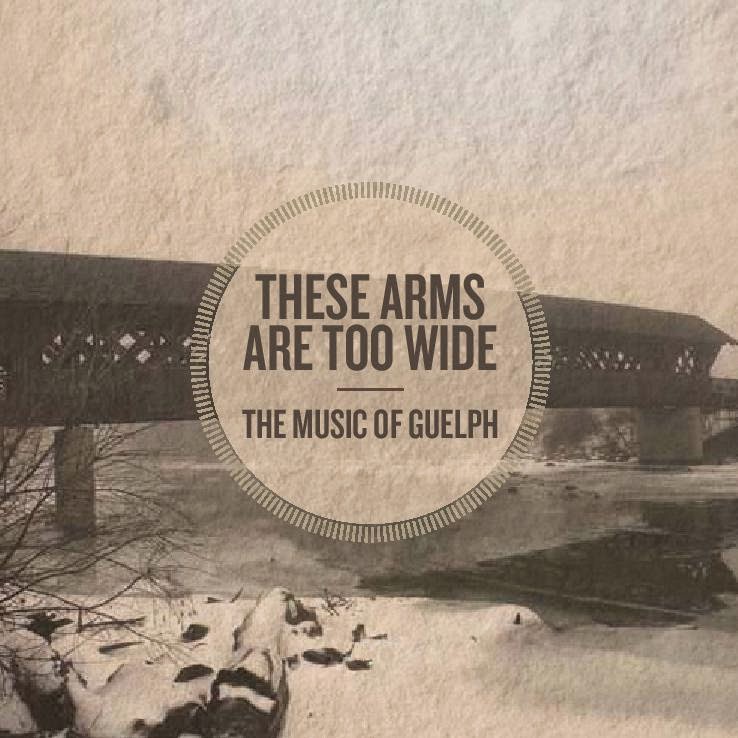 My good friend Jesse Ruddock  (Koko Bonaparte) connected me with Dom Pascko, with a glowing endorsement. She told me that her friend Dom was looking for more music to promote on his small homegrown record label, and assured me that he was a sweet guy and really cared about music. It was slightly nerve wracking at first, working with someone I'd never met, but Dom has already done so much to introduce my music to people on his side of the pond and I believe that Jesse was right in her assessment. Dom has an interest specifically in music from Guelph, which I think is very smart, because we are all undiscovered where he is from. He's tapped into our little scene here and is creating a channel for it to the UK. My first dealing with him involved a compilation album he released on his label comprised entirely of  music from Guelph called These Arms Are Too Wide. The Album has songs from Jenny Omnichord, Alanna Gurr, Gregory Pepper, Esther Grey, and other musical pals. It's opened some great opportunities for me, including being featured on BBC 6, on Cerys Mathew's show, Catatonia, and possibly in the fall, a trip over there to play. We'll see!

Maybe on account of the old shot of Guelph on the cover the urge is there to think that this town is the titular town. Is that fair, or is there a grander idea of The Town that you were aiming for? 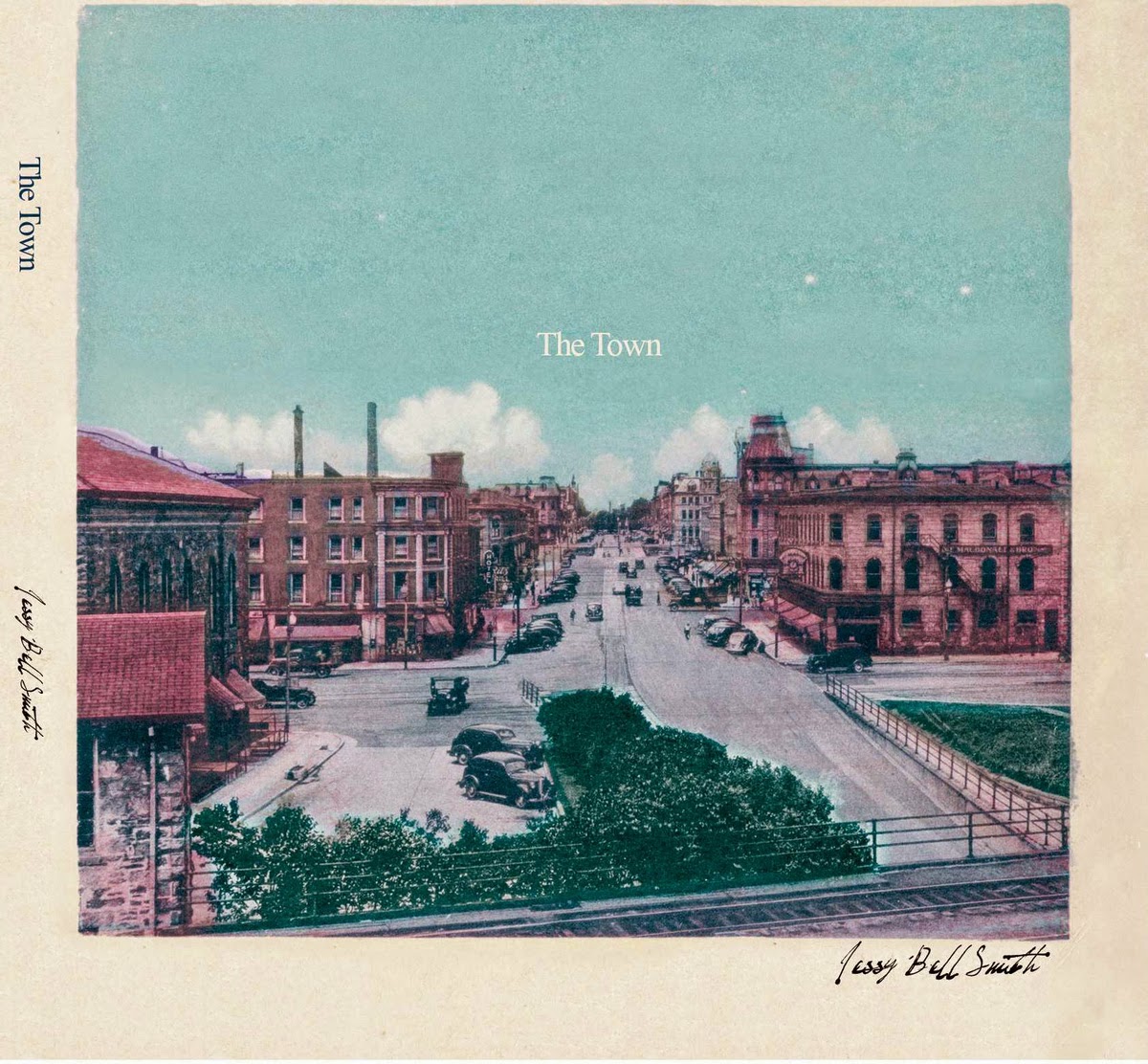 I named it The Town because it couldn't exist without the contribution of my peers in Guelph. I've learned that although this music comes to me in a very private and personal way, it can only be recreated with the help of others. I can only take them so far within my own limitations, something akin to a barn raising perhaps. Human beings are meant to be interdependent, to celebrate each others success, and assist and comfort in times of loss. This, for all the bad that people are capable of, is in my opinion the truest expression of what is good in humanity, and somewhat sadly, one of the things we do best. Guelph is unique in that, as it grows on the outskirts, there is a village that exists in the downtown that has really kept it's small town-ness in tact. The beauty of the small town is that things are allowed to be a bit strange, a bit forgotten, mysterious and overgrown, but full of love and story. My hope is that this album captures and reflects this. I think we were successful.

The Town is available in the bookstore, you guys. Do yourself a favour.