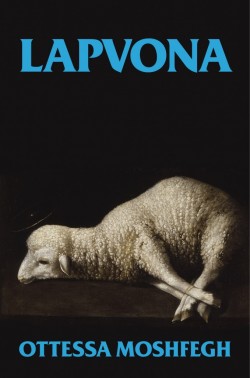 By dint of its medieval setting and magic-adjacent elements, Lapvona will likely be seen by most as a one-eighty for Ottessa Moshfegh. And, indeed, both the setting and the narrative shift from her usual first person to a character-hopping third person are notable transitions from the My Year of Rest and Relaxation author. But in its content and heart, Lapvona calls to mind Moshfegh's collection Homesick for Another World.

At the time, critical comparison of Moshfegh's stories to Flannery O'Connor brought to mind the famous O'Connor quote: "Fiction is about everything human and we are made out of dust, and if you scorn getting yourself dusty, then you shouldn't try to write fiction.” Here, O'Connor was addressing her interest in misfits and misfortunes in her own work. The presence of the same in Moshfegh, I believed then and still believe, was worthy of the comparison. I would add, four novels later, that as much as we are made of dust, we are also full of shit. Shit and blood and countless other fluids. And while O'Connor was willing to get dusty in her work, Moshfegh always leaves covered in a more considerable mess.
O'Connor's Catholicism made the punishers and the punishments of her fiction all the more compelling and fraught and the absence of any identifiable moral framework in Moshfegh made her early stories all the more unmoored and dangerous. The presence of God, more than time period or perspective, might be the biggest shift here. While God may not ultimately exist in the world of Lapvona, He certainly exists in the minds of its denizens and, most importantly, as a means for those in power to exert their control over them.

The world of Lapvona, and the titular village itself, is stupid and cruel and filthy. This may have to do with the village being ruined a generation or two before by plague, leaving the survivors "infected with fear and greed," or it could be on account of its eccentric, lethargic, and unpredictably merciless ruler. In this world, the existence of God is taken for granted, and so God is seen in anything. As suffering, whether at the hands of circumstances or ruler, is the constant, that suffering must be God's will. As everywhere there is horror, that horror must be divine.
While shit and sadism have always been widespread in the work of Moshfegh, here those elements feel focused and purposeful. Filth and suffering are at once a truth of nature (we all shit and we all die) and an aberration of nature (we are made to live in shit and killed by those in rule), and the near-mirror imaging of these two polar opposites makes Lapvona by turns both frustrating, confounding and rewarding.
The struggle to liberate oneself from the prison of these systems that exploit us back into the natural world of some more obscure, scattered God, is perhaps the greatest leap Moshfegh makes in her new book. The gloom in gloomy, sure, and the shit is very shitty, but there are also brilliant glimmers throughout the book that amount to perhaps the greatest example of optimism in any of her books. Take, for instance, the alignment of a grieving, furious grandfather, who saw his grandchildren murdered by bandits at the books opening, with Lapvona's resident healer and possible witch, Ina:
"He had missed being in touch with what grew from the dirt. The herbs were all wild. Picking them was not like harvesting the crops of his farm, but like a discovery of nature's magic. He hunted through the forest and picked them carefully, wrapping each bud or branch in its own clear cloth, like jewels. His heart felt cool and calm as he picked herbs, as though even just the discovery of them had healing properties."
Thumbing through some of the early reviews of Lapvona, it's clear that the novel will be received as either a stumble for the lauded author, or as proof to her detractors that she was overhyped shit-pusher all along. To each their own, but for my money, Lapvona is a culmination of Moshfegh's previous work, a well-balanced garden of dirt and shit that I'm eager to see flourish.