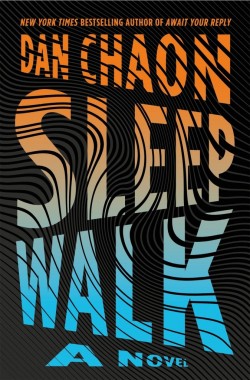 Blake Snyder's "Save the Cat" philosophy, adhered to by most mainstream screenwriters and increasingly by novelists, requires that the hero of a story do something off the bat that will endear them to the reader. Some act of bravery or munificence that skywrites "Good Person" across the first few minutes or pages. In his new novel Sleepwalk, Dan Chaon employs the antithesis of this approach. Let's call it "Transport the Baby."

What can a writer do to turn a readership against a protagonist early on in the book? Chaon's answer: Have them act as middleman in the sale of a baby, driving the apparently sedated newborn across a few different state lines, handing it off to a woman who gives him "a dubious look as if he wasn't the exact color she'd requested." In the first 30 pages, Chaon gives the reader every reason to root against his protagonist—Will Bear, Bill Behr, Bear Williams, Barry Billingsly, or Wlder Barr, depending on which alias he's operating under—and sets himself the task of convincing them to stick around for another 270 pages.
Baby transport and all, Chaon makes quick work of endearing the reader to his hero. Turns out, Will's a nice guy in a bad world. If what he does turns you off him, you're not alone. He's not so fond of himself or his work either. "There are things I'm not proud of," he admits, "but I'm far from the dirtiest hand in this country of ours..." A country, mind, even a world—a species—in which "we are all of us the offspring of murderers, right? If we weren't, we probably wouldn't be here."
We are all inheritors of one world and progenitors of the next. The past filters through us to make the future, and that future, as Chaon sees it, is pretty gnarly. The future dystopia of Sleepwalk, the one in which Will Bear is one of the nicest guys you'll, is only a few steps forward from our current dystopia. The tech is only slightly more wacky and exploitative than our current tech, and the character is only slightly more corrupt.
Born into his mercenary life, Will considers himself all but trapped in this system, in his legacy. But when a woman who may or may not be his daughter lights up his bucket of burner phones, a new possibility is revealed. A means of escape. A means of recalibrating what Will had always considered the inalterable nature of his own and the greater reality. Bleak though it may seem, there are cracks of light that show at the seams of the world Chaon has made. Whether or not that hope is an illusion, attractive bait at the end of an even worse hook than the one Will's already one, you'll have to read all the way to the end.
Go To Reviews